Stephen Schwarzman: What It Takes [The Knowledge Project Ep. #69]

Blackstone CEO Stephen Schwarzman gives advice on attracting and assessing strong talent, making smart decisions, and how to press forward when the chips are down. 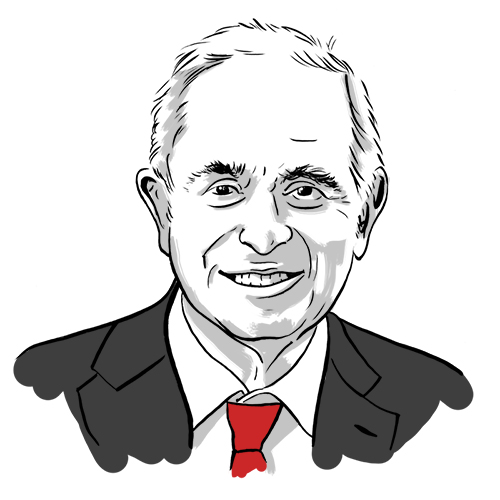 On this episode of The Knowledge Project, I welcome Stephen Schwarzman, co-founder and CEO of The Blackstone Group.

Over the past three and a half decades, Stephen has taken Blackstone from a small, two-person operation with under a million dollars in total assets, to one of the largest private equity firms in the world managing half a trillion dollars.

He recently captured much of his hard earned wisdom in the New York Times best-selling book, What it Takes. We discuss some of those lessons in this interview, including the profound impact his high school track coach had on his success, how to attract talent that will move your organization forward, how he overcame the early struggles of Blackstone, and the process he uses to evaluate prudent investment decisions.

I believe the most important decision is to not waste money. Some people care about the upside. They don’t worry much about the downside if they think the upside is great. I like to start in the reverse sort of like a doctor. Do no harm.

My parents never congratulated me on anything I ever accomplished. It was just assumed that that’s what you were supposed to do. I sort of got used to that, and I’ve never done things for external validation as a result. It’s just the thing itself. If it feels good to me, if it’s worthwhile, if it’s something that I’ve created or done, I have to own it myself. I can’t depend on anyone else to tell me that was a good thing.

I had a track coach in high school who was a remarkable person … And as you’d run past him in training, he’d say, “You have to make deposits in training so that you can make withdrawals for game day.” And so, as a result of this really intense training, we all look forward to actually track meets because it was so easy. We didn’t have to work nearly as hard.

It’s sort of like a moral obligation. Somebody trusted you, and if that trust was misplaced, I always felt we should wear it, not the person who trusted us or me. They were just doing what I asked. And so, this is my problem. Not theirs.

Entrepreneurs don’t really like taking risks. People who write about them and report on them think they’re taking risks, but the person who’s actually betting their life really thinks it’s going to work, or else why would you bet your life?

When something goes wrong, we can talk about what we missed, and we’ll talk in different groups, we’ll talk among the partners and say, “Well, how did we miss that?” And is there something wrong with our process? Or did somebody not tell us something was going wrong? Did we not have enough of an early warning system? We basically try and do a diagnostic of everything that doesn’t work out the way it should, and running a great organization is an exercise in lifetime learning of things that didn’t work out so you can change the process. The objective isn’t to blame anybody, it’s to develop new rules so you don’t visit the same mistake twice.

Never compromise when you’re hiring people. Good enough is not good. And people need to be trained. You can’t assume they know things just because they tell you they do. And so, the whole onboarding quality control psychological comfort of knowing what you’re doing is axiomatic, and when you start something, you just assume because you know it and they say they know it, there’s not any reason to push that further. People are sometimes delusional about their own capabilities.

You only have one shot to do something. And if you’re focusing on doing something with your life, if you make a choice, that cuts off other choices. You ought to wait until you find something that’s really worthy of the effort because you’re going to be making a heroic effort in any case.