Dilbert creator and author Scott Adams shares cognitive tools and tricks we can use to think better, expand our perspective, and avoid slumping into “loserthink.” 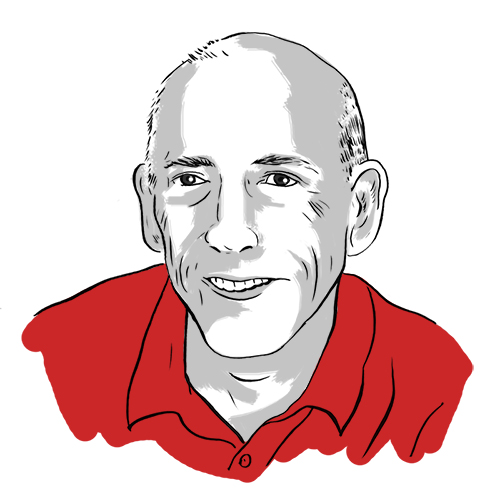 Today on the Knowledge Project, I speak with Scott Adams (@ScottAdamsSays), creator of the Dilbert cartoon and author of multiple best-selling books, including his most recent Loserthink: How Untrained Brains are Ruining America.

After a stalled career in the telecommunications and banking industry left Scott unfulfilled and uncertain of his future, he decided to try his hand at his childhood dream of becoming a cartoonist.

As you’ll hear in this interview, Scott combined his unique talents with some hard work, persistence, some kind encouragement from a stranger, and a little luck, to transform his little cartoon into a syndicated powerhouse that’s recognized all over the world. Dilbert now appears in over 2,000 newspapers in 65 countries and is translated into 25 languages.

In this conversation, Scott tells me how Dilbert got traction and how his access to an emerging technology called “email” changed the game for him. We also dive into persuasion psychology, how seeing the world through different lenses makes you smarter and more empathetic, and what we can do to avoid falling victim to the “loserthink” pandemic that’s sweeping the nation.

Dilbert became easy to identify, “It’s that workplace strip. He’s in a cubicle. He’s a technology guy.” And then, of course, the dot-com era came, and the downsizing era of the 90s. And I was taking the advice of the readers in a way that artists typically don’t. So I was trying to, as we say in persuasion, pace the audience, you know, basically give them back what they were giving me or telling me they wanted.

That’s the world that we live in, where people are not rational, but I accept that as the proper canvas which I’m working with to paint something. If you try to paint anything useful, assuming that people are rational, you’re going to build a system. You’re going to try to manage to that. It just doesn’t work because people aren’t, but if you go the other way and say, “What if I assume that everybody’s just irrational?” What would you do differently? And often, what you would do differently is far more effective. Assuming people are irrational most of the time is a very clear way to see the world.

People who are writing non-fiction believe they’re telling you what is objectively true in the world, but we don’t have that capability. We all have this illusion that the version of the world we’re seeing is the one, and that if anybody’s got a different version, they must be wrong. It’s sort of the most common illusion that we all have.

I think what you’ll find out is that the person who has the simplest explanation is almost always the least informed, which is a problem because the part of what makes you think your explanation is right and simple is that you don’t know the nuance of the situation. So anytime I see somebody say, “Well, let’s fix the economy. All we have to do is X.” That’s almost always wrong.

You need a personality to give a story a face. But this downsizing thing was sort of a concept, and here was Dilbert, who became through my work, sort of the face of the downtrodden. And so the next thing you know, it’s on the cover of the major magazines, and it’s just being forwarded and clipped and cut out and copied everywhere. But that was the big change was that I combined my business skills, my MBA, my degree in economics, with the art, and it was that combination. I call it a skill stack when you put together skills that are complementary, and that’s really what made the difference.

What I’m trying to add to the conversation is, you don’t need to be any expert in any of those things, you just have to be exposed to it once. You hear it once, and you’ll know it forever. These are really simple concepts, but people, for the most part, have not heard it even once.

When I say somebody is using loserthink, I don’t mean that they’re a loser. It’s not about the person. It is about the experience which the person has been subjected to. People tend to come at topics with just the filter that they just happen to have because of the life that they led. What I recommend is that you expose yourself at least to the general ideas of how other people think.

You’ll see lots of people who will say, “Well, I’ve got to make this decision, because otherwise the money I spent in the past is wasted.” But that’s actually nonsense because that money’s gone. It just doesn’t exist. You need to make your decision based on the variables that are present at the moment. So right there, there are probably some people who are listening to this right now and just said to themselves, “Oh, I never thought about that.” But once they hear it, it’s a permanent part of their thinking forever. It’s so simple. They just have to be exposed to it.