Basecamp CEO and co-founder Jason Fried gives us a peek behind the scenes of his company and discusses his philosophy on doing great work, making a positive difference, and learning to breathe in the fast paced culture of today’s workplace. 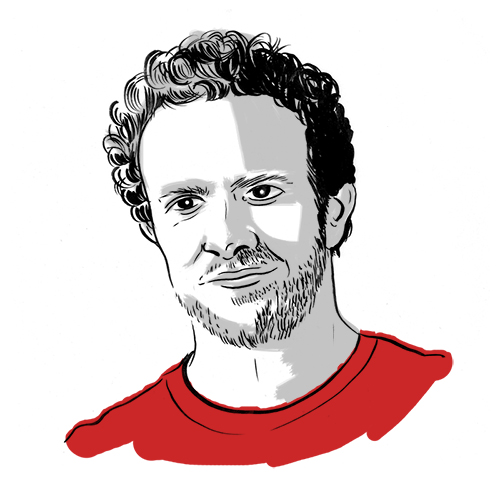 The hustle and grind culture has taken over. The expectation of longer hours, increased workload, and doing it all faster has become the new standard. And while the bottom line might benefit in the short term, today’s guest suggests a better way.

Jason Fried (@jasonfried) is the CEO and co-founder of Basecamp, (formerly 37signals), host of the popular REWORK podcast, and the co-author of four books, Getting Real, REWORK, Remote, and most recently, It Doesn’t Have to Be Crazy at Work. Jason’s books serve as a clarion call to entrepreneurs, business owners and employees everywhere that building something successful that you can be proud of and running yourself ragged do not have to go hand in hand.

In this discussion, we talk about how teams are given autonomy at Basecamp, Jason’s unconventional method of measuring success and failure, the real reason burnout happens in a workplace, and so much more.

The reason why a lot of people are working those longer hours, is not because there’s 12 hours of work to do, it’s because they can’t find time within those 12 hours to actually get a few contiguous hours of time to actually do the work they need to do. So their work is spread across so many different things in so many different places in a given day, that they can’t piece it together in a relatively short period of time. So it’s spread out and that’s why people are working longer, it’s not that there’s more work to do.

I try to be quite ignorant actually about the trends in the industry and who’s doing what and competitors and what their products are doing. I find that the more I pay attention to that, the less free my mind is because you’re just colored by what everyone else is doing and then you don’t have as much space for your own thoughts.

It’s not just about the output and outcome, it’s about how did it feel as we went? Are people burned out? Do people hate each other now who liked each other six weeks ago? Did this make our company stronger or weaker? Did this improve personal relationships or damage personal relationships? It’s a more holistic outlook on how this thing turned out. You could technically end up with a great feature that customers love, but it could have completely destroyed morale internally. To me, that’s not a good outcome.

I just want to do the right thing and do the best work I can on balance. Not everyday is going to be that day, and not every decision I make is going to be the right one. I’m going to make mistakes and screw some stuff up. But on balance, I want to make sure that I’m trying to do the right thing as often as I possibly can, and making sure that I create an environment where other people who work here can do the best work of their careers.

In business, there was a time when we tried to set some goals, and we started doing things that weren’t us. We started advertising—we don’t advertise. We started buying ads on Facebook, to try to move the needle. And we felt like, “You know what, we don’t like Facebook. I don’t like their company. Why are we giving them money? So we can hit some number that we made up? Why, why, why again — we don’t have to do this.”

School is a means to certain ends, but it’s not the means to any end. I just don’t want to apply that kind of pressure. I think what’s more important perhaps is just like seeing things through, knowing why you’re doing what you’re doing, finding the things that you’re really interested in, and learning about those things. Building some self-awareness and knowing yourself, I think is maybe the most important lesson ultimately, which is of course a lifelong lesson because “yourself” changes over time.

We aim to do a good job. Because that’s the satisfaction of putting in a good day’s work, and then you line up a bunch of good days in a row and then you have something there. You’re excited about the work, and sometimes you think you’re really onto something and you’re motivated by that. But that’s all intrinsic motivation. It’s not some number, some target you’re supposed to hit for someone else for some other reason. I’ve never been driven by that, really. I don’t think it’s really healthy.