Esther Wojcicki discusses the current education model and how we can fix it, and shares her powerful TRICK acronym, Esther’s secret for raising happy, resilient children. 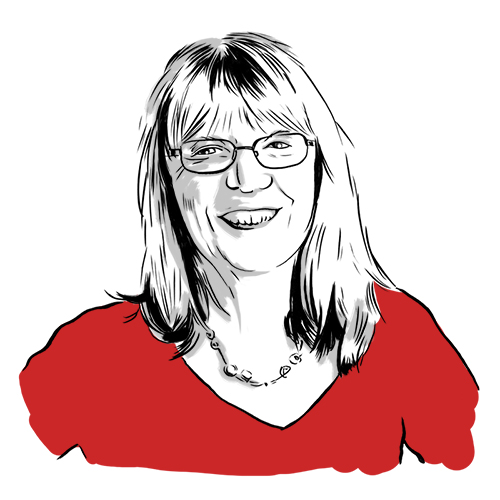 Esther has been a journalist and pioneer in education reform for nearly four decades. She is the founder of the esteemed Palo Alto High School Media Arts program as well as Global Moonshots in Education — a non-profit organization focused on bringing self-directed, experiential learning to more of today’s classrooms.

Her teaching methods have inspired countless leaders in education and business, three of which are her own daughters — Janet, a renowned anthropologist, Susan, the CEO of YouTube, and Anne, founder of the genomics company, 23andMe.

Esther captured the principles and values that guide her work in her new book, How to Raise Successful People: Simple Lessons for Radical Results.

In this discussion, Esther offers valuable insights into what motivates kids to take ownership of their learning and develop confidence in their ability to do hard things. We discuss her famous TRICK acronym (the secret sauce behind her methods,) an inventive way to manage kids and screen time, and the funny Christmas tree tradition that unexpectedly taught her kids empathy.

Journalism is the subject of the future. It’s the curriculum for the 21st century and it’s because, just look at what a journalist learns to do. First, they learn to collect information from multiple sources, they can be online, they can be in interviews, and then you have to take all that information, all that data, and figure out what’s most important. And I can tell you, that’s really, really hard for most people. They cannot figure out what’s most important in all the information they collect. And so this is a skill that students develop.

Take a look at home. When your kids are at home, they work on things they want to work on. They might be doing gaming all the time. Gaming can actually be very productive. My theory with gaming is for every hour that you game, you should spend an hour coding games. Maybe you can restructure games so that they are played the way that you like them. Kids love to do that.

If we keep doing the same thing over and over again, then there’s no innovation. So I let them do it and actually they’re in charge. So they do a lot of things that they want to do and I respect their ideas. And I’ll tell you, that respect, it leads to self-respect. That’s what’s going on. They believe in themselves and respect themselves and respect each other and respect taking a chance. You don’t get innovation by following the rules all the time, you get it by taking a risk.

At what age are kids considered to be okay? Well, they say 18. But if the first 18 years of your life you’ve been taught to be dependent, what do you think is going to happen on your 18th birthday? You think all of a sudden independence? No, habits are very hard to change. And the way you mold the child is the way that they’re going to be as an adult. It’s very hard to change habits. And that’s one of the big problems, that we are molding our kids right now into being dependent, very dependent, and also obeying instructions.

You ruin empathy by not having an opportunity to interact with other people. When you interact with other people and you see how they feel and you see their emotions and then you can put yourself in their shoes, that builds empathy. And one of the things that I try to build into all my children and all my students is empathy. Empathy for those of us who don’t have everything that they need, empathy for people who have bad luck or get a disease or don’t have enough money to pay for things that they want.

Many kids today are more dependent, more afraid to make a mistake, they always have to check with somebody. And I see it in the college graduates and I see it when these people are actually in the real world. As employees, they are always afraid to make a mistake. They’re always looking for reassurance, “Yes, this is right. Keep doing it this way. Yes… ” The fear of failure is much greater now than it was before.

Your support also allows us to continue to produce high-quality shows in the future. Learn more about it here.