Daniel Gross, former Y Combinator partner and current founder of Pioneer, discusses how we can make our success less about luck, the powerful role we play in the lives of others, and the valuable lessons he learned about leadership. 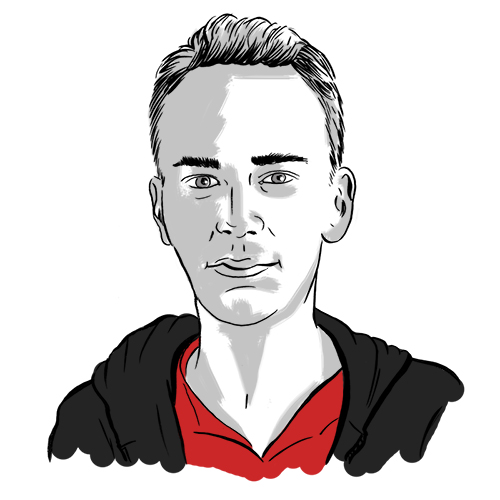 Born in Jerusalem, Daniel came to America when he was accepted into the Y Combinator program at 17, the youngest ever to be admitted. He co-founded social media search engine Cue and sold it to Apple where he led their machine learning department until joining Y Combinator as a partner in 2017.

As you’ll hear in the interview, Daniel attributes much of his success to mentors and individuals who gave him a shot he may not have had otherwise. In that light, in 2018 he created Pioneer, a company that searches out bright people with talent and ambition, but lack the opportunity to get their ideas into the world.

In this interview, Daniel shares his top four lessons for being a strong and compassionate leader, the transformative power of positive encouragement, and the brilliant hack he uses to limit the appeal of his smart phone so he doesn’t get distracted.

I think a lot of what drives curiosity is you as a human feeling like it’s safe to go explore in a particular direction and feeling like you’ll be positively rewarded for exploring that direction.

Companies tend to be over-data-driven, because the easiest way to kill the conversation, is to say, “Let’s just A/B test both options.” And that gets them stuck in a local maximum. Or you could do one thing Apple is legendary at, which is saying, “Let’s take a break from the current metrics. Let’s just try to envision some type of blue sky idea. Let’s not even collect data about how it’s going to be. Let’s use our intuition and taste to just make a decision and go for it.” And this requires a lot of bravery and psychological safety and belief in yourself to kind of go for it.

I think it’s the struggle that really makes you successful as a company, whereas if you have the curse of plenty very early on, it’s just really hard to develop that right organizational muscle in order to be successful. And you see this in people too, right? I mean, it’s really hard if you’re the child of a billionaire to be successful too, because there’s no reason your muscles should be strong if there’s no gravity.

I always demanded myself to finish books. And I actually heard Bill Gates actually say something similar recently, he always finishes a book. I could not think of worse advice. I think the main goal is to be reading a lot. And if you find yourself caught in a rut, discard it. There’s an infinite number of books and you will probably die before you manage to read them all, unless we really cure human longevity. So I would—I try to read as much as I can in any format I can, and if the book’s bad, I immediately discard it.

I actually think fiction has a more potent effect on your mind. It’s a little bit harder to track in terms of how you think, mental models, how you view the world, and I think reduces as you age. I think that’s because fiction books inject information at a much deeper level in your mind about how the world works.

There’s something cool/scary where when a micro-influencer or someone you respect says something to you — no matter how disagreeable or analytical you are, you eat it a little bit faster than you would anyone else. And the same thing is true for people in your tribe. You consume from them with a little bit less of a firewall than you would anyone else.

I end up telling myself, “Let’s try to, again, envision this person as an emergent property and figure out, how did you develop that opinion? Like, again, what happened to you that led to you spitting that out today?” And that at least can let me empathize with them or understand where they’re coming from a little bit. It won’t necessarily mean that I adopt it properly, but it’s at least a half step that’s interesting, is to somehow get interested in how they ended up with their opinion.