Understanding Speed and Velocity: Saying “NO” to the Non-Essential

It’s tempting to think that in order to be a valuable team player, you should say “yes” to every request and task that is asked of you. People who say yes to everything have a lot of speed. They’re always doing stuff but never getting anything done. Why? Because they don’t think in terms of velocity. Understanding the difference between speed and velocity will change how you work. Thinking in multiple dimensions is one of the crucial thinking skills that no one ever taught you. 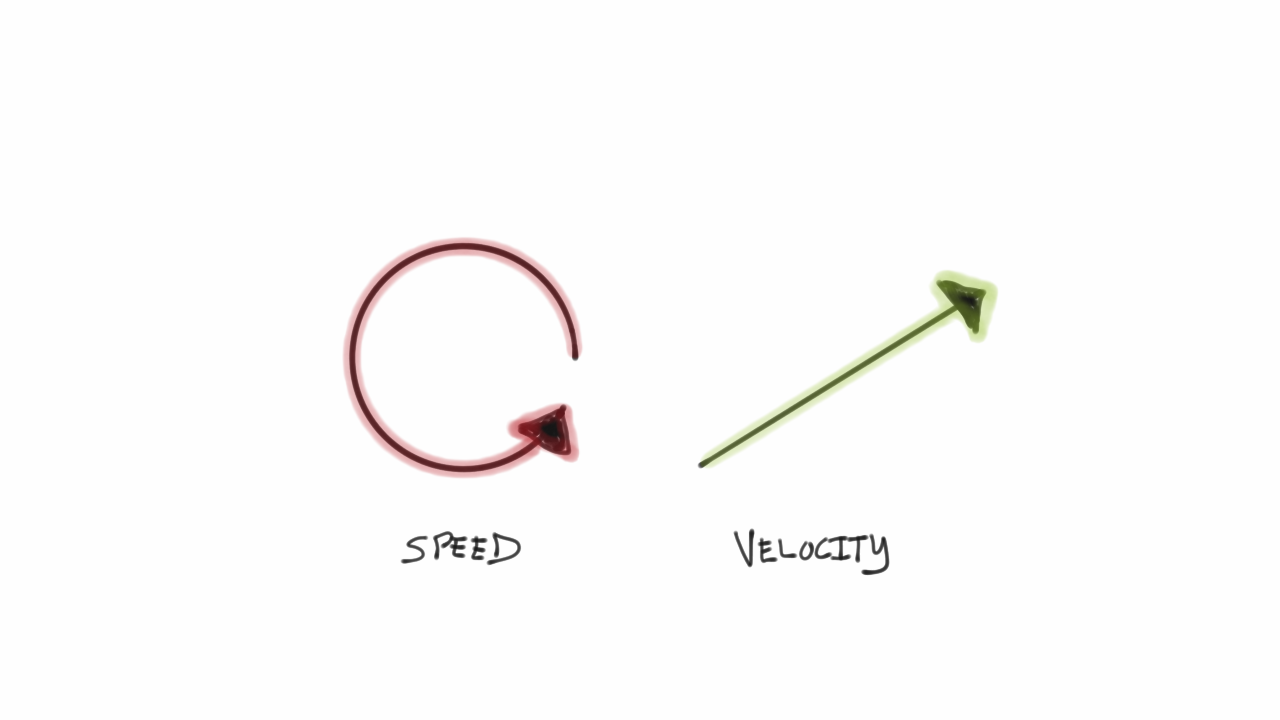 I once worked for someone who offered me the opportunity to work on a new project nearly every day.

These projects were not the quick ones, where you spend 15 minutes and crank out a solution. They were crap work. And there were strings: my boss wanted to be informed about everything, and there was no way I’d get credit for anything.

I remember my response: “That sounds amazing, but it’s not for me. I’m busy enough.”

Saying no to your boss, especially as often as I did, was thought to be risky to your career. I was the new kid, which is why I was getting all of these crap jobs thrown at me in the first place.

The diversity of skill sets needed to accomplish them would have made me look bad (perhaps the subtle point of this initiation). Furthermore, my already heavy workload would have gotten heavier with projects that didn’t move me forward. This was my first introduction to busywork, work that keeps you occupied but doesn’t get you where you want to go.

My well-intentioned colleagues were surprised. “You’re not going to get anywhere with that attitude,” they’d pull me aside to tell me.

The problem was that I wasn’t going to get anywhere by saying yes to a lot of jobs that consumed a lot of time, were not the reason I was hired, and left me no time to develop my craft, which is what I wanted to do.

I had turned down a job offer for three times what I was being paid at this job because I wanted to work with the best people in the world on a very particular skill — a skill I couldn’t legally get anywhere but at an intelligence agency.

Anything that got in the way of honing that craft was the enemy. Anything that wasn’t toward the goal was busywork.

Working that hard with incredible people was amazing and motivating. I’ve never learned so much in such a short period of time.

Certainly, offers of work are good problems to have. A lot of people struggle to find work, and here I was, a few weeks out of university, saying no to my boss. But saying yes to everything is a quick road to mediocrity.

I took a two-thirds pay cut to work for an intelligence agency so I could work with incredibly smart people on a very narrow skill ( cyber security). I was willing to go all in. So no, I wasn’t going say yes to things that didn’t help me hone the craft I’d given up so much to work on.

“Instead of asking how many tasks you can tackle given your working hours,” writes Morten Hansen in Great at Work, “ask how many you can ditch given what you must do to excel.” I did what I needed to do to keep my job. As John Stuart Mill said, “as few as you can, as many as you must.”

Doing more isn’t always moving you ahead. To see why let’s go back to first-year physics.

The Difference Between Speed and Velocity

Velocity and speed are different things. Speed is the distance traveled over time. I can run around in circles with a lot of speed and cover several miles that way, but I’m not getting anywhere. Velocity measures displacement. It’s direction-aware.

A lot of people think in terms of one dimension (speed). Almost all of those people are passed by people who think in multiple dimensions (velocity).

Think of it this way: I want to get from New York to L.A. Speed is flying circles around Manhattan, and velocity is hopping on a direct flight from JFK to LAX.

“People think focus means saying yes to the thing you’ve got to focus on. But that’s not what it means at all. It means saying no to the hundred other good ideas that there are. You have to pick carefully. I’m actually as proud of the things we haven’t done as the things I have done. Innovation is saying ‘no’ to 1,000 things.”

Here are three ways you can increase your velocity:

Eight Ways to Say No With Grace and Style

Next Post: The Terror of Totalitarianism Explained We all hope totalitarianism — a form of government in which the state has no limits in authority and does whatever it wants — is …