Mathematician Steven Strogatz reveals how math is the key to exploring and understanding the beauty of our world. 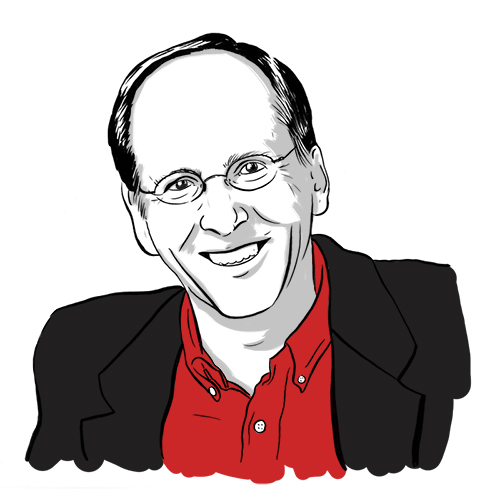 Today on The Knowledge Project, I speak with Steven Strogatz (@StevenStrogatz), professor of applied mathematics at Cornell University and the author of five books.

His most recent book, Infinite Powers explores the power of calculus in reshaping our world, from its role in ensuring NASA’s rocket wouldn’t miss the moon, the development of technologies like GPS, cell phones, and ultrasound, to downgrading AIDS from an acute fatal disease to a manageable chronic condition.

In this discussion, Steven and I talk about the negative stigma of math, how to make it fun again, and what parents can do to encourage their children to embrace math as a tool to explore the wonders of the universe. We also talk about decision making, mental models of learning, and why it’s critical to put your ego on the shelf when you venture into new, uncharted territory.

There’s a line in the movie Stand and Deliver, about Jaime Escalante who taught in East Los Angeles, who says in one critical scene in the movie, “The students will rise to the level that the teacher expects, and so if the teacher expects something really hard, kids don’t even know it’s impossible. They’ll try.” I try to do that myself with my students. By the time they’re seasoned, if they’ve been in college a few years, they start to know the game. But freshmen don’t really know what college is going to be like, and so you can do mercilessly unreasonable things to the bright freshmen in math. They will astonish you with what they can do.

You hear this idea of weeding out the people who have the right stuff from those that don’t. I really don’t accept that idea. People have a lot of potential, more than that kind of superficial analysis would lead you to think.

There’s a lot of people these days criticizing the notion of safe space — especially higher ed, that there are things that we’re not supposed to talk about because it triggers people, and that’s usually presented as very negative thing that stifles free speech, etc. But I want to make a space that is safe for mathematical confusion, meaning nobody’s going to feel stupid here. We’re all confused. Confusion is the normal state of affairs when you’re trying something really hard and when you’re exploring the unknown. So it is a safe space in the sense that you can trust us, that we’re all on the same team trying to figure this out together, and don’t worry about looking stupid.

When you’re collaborating, it really helps to be vulnerable and to have a safe enough relationship with your collaborators that you can say, “I don’t get this. Could you go over that again?”

Technique is so much what we emphasize in school but it’s just one part of the portfolio. Courage is a big part, judgment. These are hard, they’re intangible I don’t even really know how to define a lot of these. But, a nose having good taste, knowing what’s going to be cool if it works, knowing what other people might find interesting.

Great discovery that no one appreciates, is not really a great discovery. Because science is a social enterprise. It’s not just enough to do the work, you have to communicate it and help other people understand why it matters.

I worked on that problem a lot. I spent a day or two, and I still couldn’t do it. Then days became weeks, and weeks became months, and I think I spent about six months on this question, trying things, getting stuck, trying other things, getting stuck. Sometimes it would come close to working out, but I could never get the argument to go all the way through. My friends would get annoyed with me like, “Come on, let’s go to the movie.” “No, I feel thinking about the angle bisectors.”