Legendary show-business manager, agent, and producer Shep Gordon talks sex, drugs, and rock and roll. He also shares the formula for manufacturing fame, and his unique philosophy on success, love and happiness. 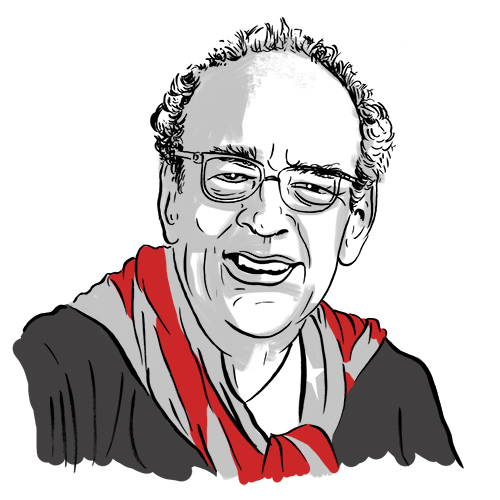 Shep Gordon has been a lot of things to a lot of people. He was the manager that put Alice Cooper on the map. He created the “celebrity chef” industry. He’s produced movies, television shows and hit albums. He’s been called a legend. A kingmaker. But the title he’s most fond of is “friend.” In an industry rife with dishonesty, deceit and disloyalty, Shep developed (and nurtured) a reputation of kindness, fairness, and compassion.

He was the subject of a documentary called Supermensch (“mensch” is a Yiddish word meaning a person with integrity and honor) and after some prodding, Shep reluctantly shared his full story in his New York Times best selling book, They Call Me Supermensch.

This conversation was amazing. We explored Shep’s early years, how he stumbled into the music industry after getting punched in the face by Janis Joplin, how he exploited a Canadian loophole to get Alice Cooper on the radio, the truth behind the infamous “chicken incident,” and more.

We also talk about Shep’s unique management style (he’s never used a contract,) what it means to be happy, and why relationships are more important to him than fame, money, or power.

I never wanted to be a manager. I never wanted to make movies. I didn’t care about chefs. There’s nothing that I ended up making my living at that I ever woke up and said, “I got to make a movie” or “I got to be in the music business.” I didn’t have a stereo here for 25 years. Music doesn’t really interest me. I rarely watch a movie. I haven’t seen most of my own. It never was about that for me. I realized through Alice and a few other people, I was good at helping people get what they wanted, if what they wanted was fame.

As you get bigger those choices you make every day, what do you pay the lighting guy? His wife’s pregnancy isn’t good and he doesn’t have insurance. There’s choices like that every day that if you’re there for the money, the answer’s always going to be no. Everybody has a right to their choices. I don’t want to a part of those nos. I want to be a part of something where I can be a human being, do my job, win and have everybody else win.

For what I do, demand is everything. That’s 100% of my game, is creating demand. So the demand was already there. It was how do you explain to the people who can write the checks that the demand is there and to use them to create demand for their products. You have to open the curtain to peek in but when they peek in you better have something there or they’re gone forever.

My job wasn’t to be with the artist, not to get to know them, not to have dinner, my job was to get them famous and then filter. So, I would do the filtering for all the acts and then I’d give it to some guy. I’d give it to him and say, “pass on this immediately” or “investigate this one, let me know what’s happening” or ‘we want this. Get it immediately” just to keep that highway on path.

I don’t do this to buy lunch. I’m really proud of what I do. I feel like I’m performing art and I want to deal with people who really appreciate what I do, really understand that I’m going to f*** up at times because I go way out. But then I’m going to protect them and I don’t want to deal with those conversations that I see every other manager go through, where we have to convince them that you’re on their side.

There are artists that come through in every generation who see it. You look at Lady Gaga today. She’s exactly what Alice was 40 years ago. I think it’s basically the same. Just the economics changed, the delivery system’s changed, but it’s the same kind of thing. It’s just figuring out how to get attention and then having the real goods behind the curtain.

Physically I don’t think I ever felt scared but I’m scared every day that I’m not going to pull it off. That’s a lot of weight to have people’s lives on your shoulders. I still get scared when I’m doing something. But, I think that fear is good. It drives you to make sure it’s better.

Try and make relationships win-win instead of win-lose. You may not be able to do that every time but if that’s your focus, to try and make sure the person that you’re dealing with gets something out of their transaction whether it’s emotional, economic, career driven. Don’t just take what’s on the table and run for cover.