Investor, author and co-founder of Oaktree Capital Howard Marks discusses risk assessment, how to think different than the crowd, and the three mighty dares that separate the successful from the also-rans. 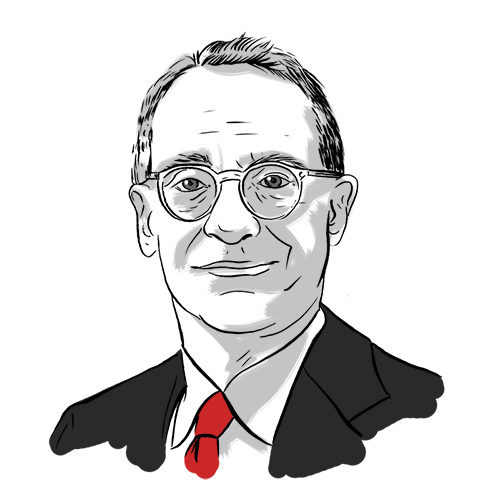 Today, I welcome to the Knowledge Project Howard Marks, famed investor, co-founder of Oaktree Capital, and best selling author of The Most Important Thing and Mastering the Market Cycle: Getting the Odds On Your Side.

Howard has spent over 50 years rising to the top of the asset management game, and is sought all over the world for his insightful assessments of market opportunity and risk. For nearly three decades, he has been writing memos that many in the investment world revere as scripture. A gentleman named Warren Buffett even said, “When I see memos from Howard Marks in my mail, they’re the first thing I open and read. I always learn something.”

This is a conversation that I would have loved to continue for several more hours, but we were still able to cover a lot of ground, including tech and the future of the workforce, universal basic income, the role of luck and skill in investing, teaching children about money, and Howard’s take on risk management. 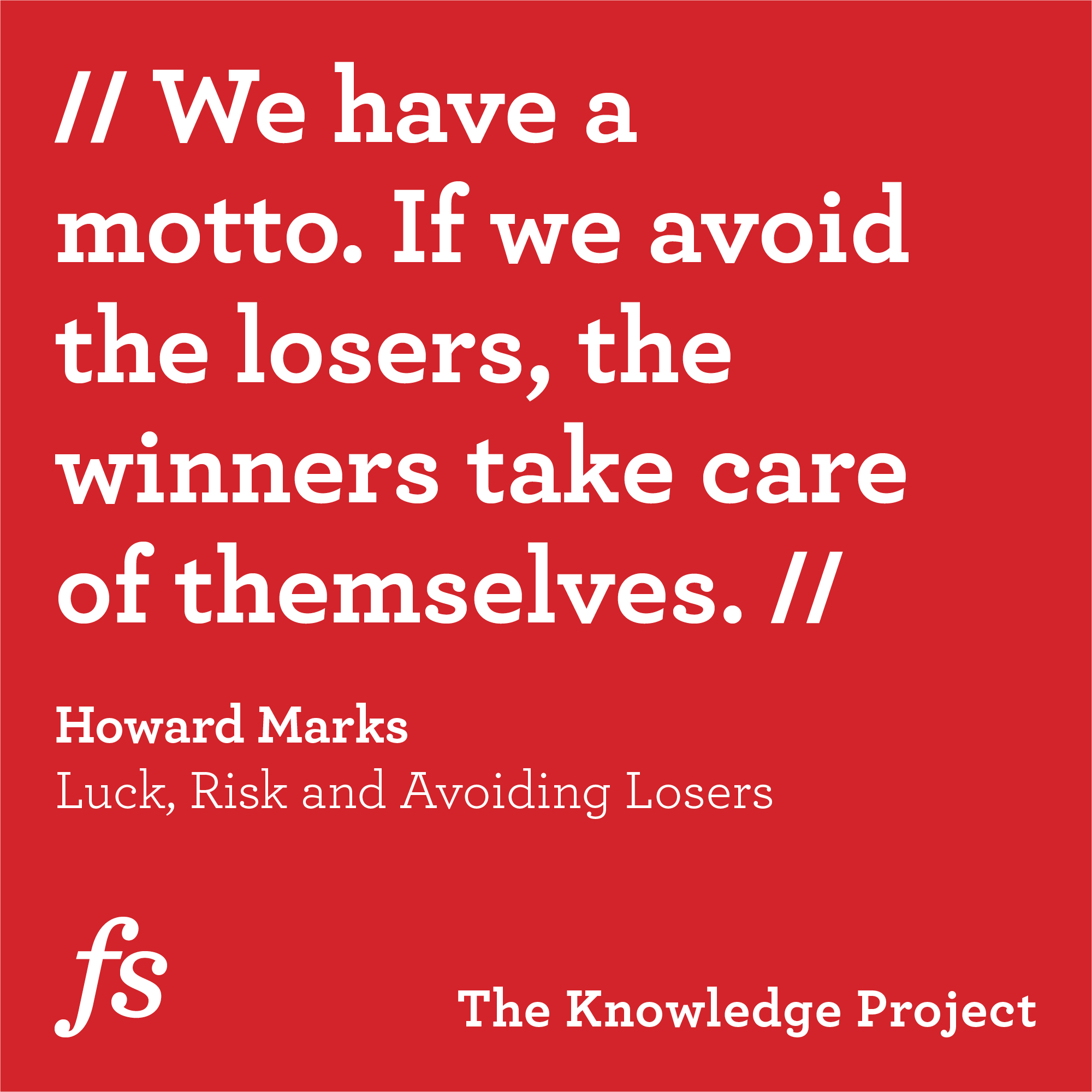 There’s no such thing as a market…All there is, is people. And people have feelings. And so the emotions tend to get people to buy, buy, buy at the top, until the last potential buyer has bought and spent all his money—at which point the top is reached and the second derivative goes negative—and sell, sell, sell at the bottom, until the last person who’s going to panic out does so.

We lived through a severe market downturn in ’90, ’91, and another one in ’01, ’02. So, we had rehearsed. At the time of the financial crisis, I had been working 40 years already. I’ve seen some of these things. And so, hopefully we learn from experience. Hopefully at some point, our intellect, aided by dispassionate observation of our experience, can overcome our emotion.

I started Wharton 55 years ago last month. And the first thing I remember learning there is that you can’t tell the quality of a decision from the outcome. And that pervades my thinking. And I think it’s very important. And then I played backgammon with my good friend Bruce Newburg, out in Los Angeles, and you need some crazy number to win, and you get it. That doesn’t mean you’re a good player. It means you were lucky.

I think I’ve been the luckiest person on the planet. And I think it was to that that people were responding. But I get into arguments with people and a lot of people say, “Oh—!” Well, what started the article is, I read a piece that quoted some Silicon Valley guy who says, “Success is never accidental. You make your own luck.” And I don’t agree. I think luck is a real thing and it’s important and it’s inherently unfair, but that’s life.

Probably the activity which could produce the highest expected level of elation for me might be cliff diving. I don’t like the bad outcomes, so I’m not going to engage in cliff diving. And similarly, the highest-returning investment activity might be venture capital investing, and somewhere in the probability distribution for any venture capital fund investment is the possibility that all the investments turn out to be valueless. So, if I’m a conservative investor, I’m not going to do that. And so, we can’t just invest on the basis of the probability distribution and the expected value. We also have to take our own tolerances and predilections into account.

I think one of the most important things to have kids who function well around money is for them to have a feeling of finiteness. And this goes back really to “Economic Reality,” the memo. They should understand that money is finite. No matter how much money you have, you can get in trouble if you spend too much of it. And since it’s finite, you shouldn’t waste it. You should make good decisions.