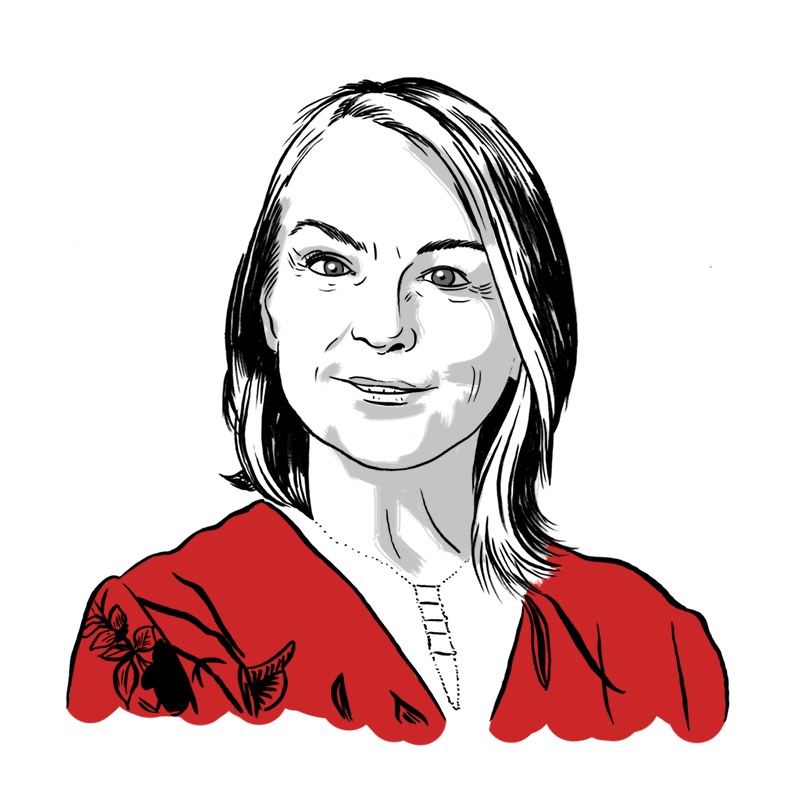 Today I’m excited to welcome to The Knowledge Project Esther Perel, renowned couples therapist and New York Times best selling author of Mating in Captivity and The State of Affairs. Esther’s refreshingly frank approach to topics like sex, intimacy, divorce, and fidelity has made her one of the most unique and sought after voices on modern relationships.

Between her best-selling books, her TED talks (which have been viewed nearly 30 million times,) and her award-winning podcasts, Esther’s simple, yet insightful advice is positively impacting millions of people all over the globe from the bedroom to the boardroom. (Her new podcast series How’s Work? shifts her expertise from couples, to the stressors, conflicts and ever-changing dynamics of the workplace.)

In this interview, Esther shares lessons she learned from two parents who survived the Holocaust and the key differences between living and surviving. She also offers practical strategies for reigniting romance in a busy or “autopilot” relationship, how to spot and overcome common triggers and fight patterns that weaken our bonds, and how we can invite more imagination and play into our partnerships.

Everybody has their adaptive child inside of them, which they try to survive in the world, but underneath is the other one, the one that dealt with the vulnerabilities, if you want, and then came up with all these coping styles.

There are two kinds of growing apart. There’s either bickering, chronic conflict or high conflict, or there is disengagement and indifference and separateness. You can either have too much or too little of the thing that actually makes people grow apart. That’s really the choreography of growing apart. It’s constant fighting or it’s so far apart that you don’t even notice if the other one is there or not.

To be secure in a relationship, is to have both of those things — to be able to come back to the harbor, to anchor yourself, to feel rooted, and then to get up to leave and go and play without having to worry. You don’t have to worry about the fact that while you go, you’re leaving somebody there who is suddenly bewildered and anxious and depressed and angry, but somebody who is totally at ease letting you go. When I come back you’ll be there, and so I experience freedom and connection at the same time. That is security in a relationship, for adults and for children.

Behind every criticism is a wish. If I say “I wish,” I have to put myself out there. It means I want something and I can be refused. I can be rejected. I can be not heard. And in a relationship that is not secure, I will defend against that. I don’t want to show you that side of me. So instead of saying what I want, I’ll say what you didn’t do. That’s the criticism. What you didn’t do and what’s wrong with you is safer, in some bizarre way, than to tell you what is special about me and what I would’ve wanted.

What happens to people’s sexualities is it becomes the last thing on the list that you should do at the end of a long day, as if it’s one more chore in a messy room that is rather uninspiring without much playfulness, without much imagination, without much creativity. You can do it but doing it is not the same as the quality of the experience that comes with it.

Check out this snippit