Is Our Faulty Memory Really So Bad?

[This introduction is the first of a four-part series on memory. Also see Chatper One, Two, and Three on the challenges of memory.]

The Harvard psychologist Daniel Schacter has some brilliant insights into the human memory.

“Though the behaviors…seem perverse, they reflect reliance on a type of navigation that serves the animals quite well in most situations.”

It’s easy to get a little down on our poor brains. Between cognitive biases, memory problems, emotional control, drug addiction, and brain disease, it’s natural to wonder how the hell our species has been so successful.

Not so fast. Schacter argues that we shouldn’t be so dismissive of the imperfect system we’ve been endowed with:

The very pervasiveness of memory’s imperfections, amply illustrated in the preceding pages, can easily lead to the conclusion that Mother Nature committed colossal blunders in burdening us with such a dysfunctional system. John Anderson, a cognitive psychologist at Carnegie-Mellon University, summarizes the prevailing perception that memory’s sins reflect poorly on its design: “over the years we have participated in many talks with artificial intelligence researchers about the prospects of using human models to guide the development of artificial intelligence programs. Invariably, the remark is made, “Well, of course, we would not want our system to have something so unreliable as human memory.”

It is tempting to agree with this characterization, especially if you’ve just wasted valuable time looking for misplaced keys, read the statistics on wrongful imprisonment resulting from eyewitness miscalculation, or woken up in the middle of the night persistently recalling a slip-up at work. But along with Anderson, I believe that this view is misguided: It is a mistake to conceive of the seven sins as design flaws that expose memory as a fundamentally defective system. To the contrary, I suggest that the seven sins are by-products of otherwise adaptive features of memory, a price we pay for processes and functions that serve us well in many respects.

Schacter starts by pointing out that all creatures have systems running on autopilot, which researchers love to exploit:

For instance, train a rat to navigate a maze to find a food reward at the end, and then place a pile of food halfway into the maze. The rat will run right past the pile of food as if it did not even exist, continuing to the end, where it seeks its just reward! Why not stop at the halfway point and enjoy the reward then? Hauser suggests that the rat is operating in this situation on the basis of “dead reckoning” — a method of navigating in which the animal keeps a literal record of where it has gone by constantly updating the speed, distance, and direction it has traveled.

A similarly comical error occurs when a pup is taken from a gerbil nest containing several other pups and is placed in a nearby cup. The mother searches for her lost baby, and while she is away, the nest is displaced a short distance. When the mother and lost pup return, she uses dead reckoning to head straight for the nest’s old location. Ignoring the screams and smells of the other pups just a short distance away, she searches for them at the old location. Hauser contends that the mother is driven by signals from her spatial system.

The reason for this bizarre behavior is that, in general, it works! Natural selection is pretty crafty and makes one simple value judgment: Does the thing provide a reproductive advantage to the individual (or group) or doesn’t it? In nature, a gerbil will rarely see its nest moved like that — it’s the artifice of the lab experiment that exposes the “auto-pilot” nature of the gerbil’s action. 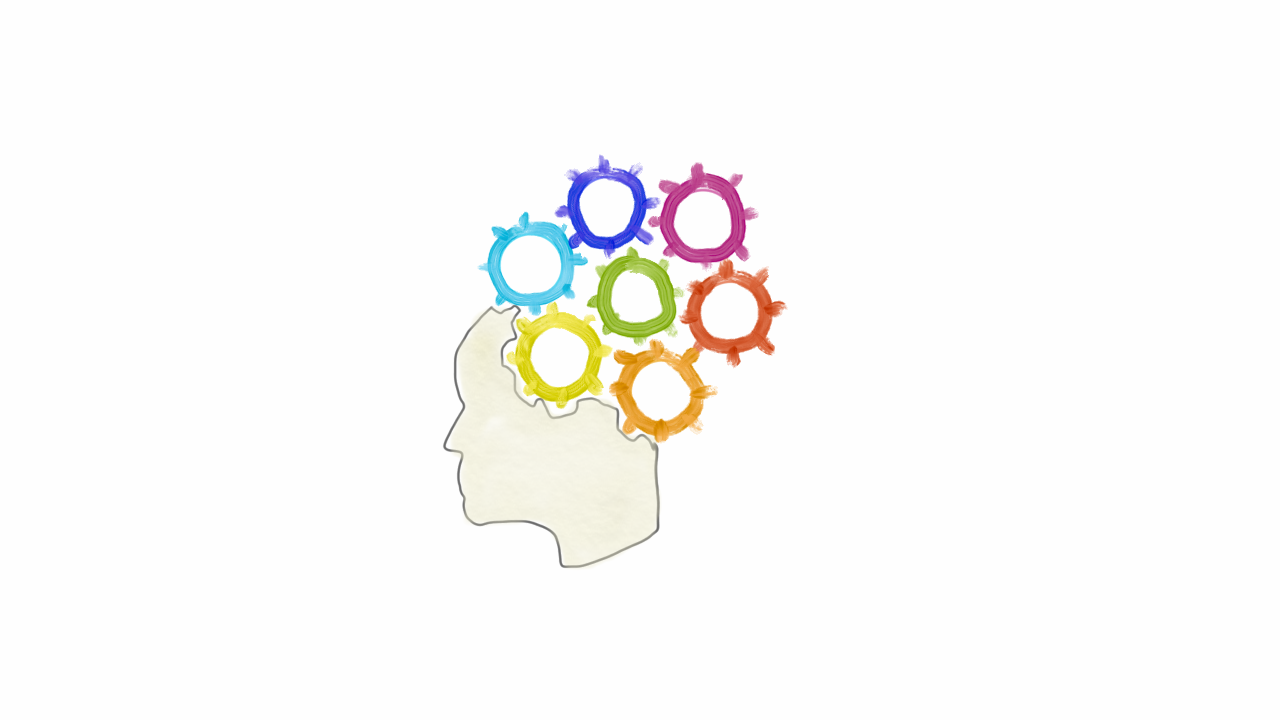 It works the same way with us. The main thing to remember is that our mental systems are, by and large, working to our advantage. If we had memories that could recall all instances of the past with perfect precision, we’d be so inundated with information that we’d be paralyzed:

Consider the following experiment. Try to recall an episode from your life that involves a table. What do you remember, and how long did it take to come up with the memory? You probably had little difficult coming up with a specific incident — perhaps a conversation at the dinner table last night, or a discussion at the conference table this morning. Now imagine that the cue “table” brought forth all the memories that you have stored away involving a table. There are probably hundreds or thousands of such incidents. What if they all sprung to mind within seconds of considering the cue? A system that operated in this manner would likely result in mass confusion produced by an incessant coming to mind of numerous competing traces. It would be a bit like using an Internet search engine, typing in a word that has many matches in a worldwide data base, and then sorting through the thousands of entries that the query elicits. We wouldn’t want a memory system that produces this kind of data overload. Robert and Elizabeth Bjork have argued persuasively that the operation of inhibitory processes helps to protect us from such chaos.

The same goes for emotional experiences. We often lament that we take intensely emotional experiences hard; that we’re unable to shake the feeling certain situations imprint on us. PTSD is a particularly acute case of intense experience causing long-lasting mental harm. Yet this same system probably, on average, does us great good in survival:

Although intrusive recollections of trauma can be disabling, it is critically important that emotionally arousing experiences, which sometimes occur in response to life-threatening dangers, persist over time. The amygdala and related structures contribute to the persistence of such experiences by modulating memory formation, sometimes resulting in memories we wish we could forget. But this system boosts the likelihood that we will recall easily and quickly information about threatening or traumatic events whose recollection may one day be crucial for survival. Remembering life-threatening events persistently — where the incident occurred, who or what was responsible for it — boosts our chances of avoiding future recurrences.

Thus, we do forget things. The phenomenon of eyewitness testimony being unreliable can at least partially be explained by the fact that, when the event occurred, the witness probably did not know they’d need to remember it. There was no reason, in the moment, for that information to make an imprint. We have trouble recalling details of things that have not imprinted very deeply.

There are cases where people do have elements of what might seem like a “more optimal system” of memory, and generally they do not function well in the real world. Schacter gives us two in his book. The first is the famous mnemonist Shereshevski:

But what if all events were registered in elaborate detail, regardless of the level or type of processing to which they were subjected? The result would be a potentially overwhelming clutter of useless details, as happened in the famous case of the mnemonist Shereshevski. Described by Russian neuropsychologist Alexander Luria, who studied him for years, Shereshevski formed and retained highly detailed memories of virtually everything that happened to him — both the important and the trivial. Yet he was unable to function at an abstract level because he was inundated with unimportant details of his experiences — details that are best denied entry to the system in the first place. An elaboration-dependent system ensures that only those events that are important enough to warrant extensive encoding have a high likelihood of subsequent recollection.

The other case comes from more severely autistic individuals. When tested, autistic individuals make less conflagrations of the type that normally functioning individuals make, less mistaking that we heard sweet when we actually heard candy, or stool when we actually heard chair. These little misattributions are our brain working as it should, remembering the “gist” of things when the literal thing isn’t terribly important.

One symptom of autism is difficulty “generalizing” the way others are able to; difficulty developing the “gist” of situations and categories that, generally speaking, is highly helpful to a normally functioning individual. Instead, autism can cause many to take things extremely literally, and to have a great memory for rote factual information. (Picture Raymond Babbitt in Rain Man.) The trade is probably not desirable for most people — our system tends to serve us pretty well on the whole.

There’s at least one other way our system “saves us from ourselves” on average — our overestimation of self. Social psychologists love to demonstrate cases where humans overestimate their ability to drive, invest, make love, and so on. It even has a (correct) name: Overconfidence.

Yet without some measure of “overconfidence,” most of us would be quite depressed. In fact, when depressed individuals are studied, their tendency towards extreme realism is one thing frequently found:

But as the social psychologist Shelley Taylor has argued in her work on “positive illusions,” overly optimistic views of the self appear to promote mental health rather than undermine it. Far from functioning in an impaired or suboptimal manner, people who are most susceptible to positive illusions generally do well in many aspects of their lives. Depressed patients, in contrast, tend to lack the positive illusions that are characteristic of non-depressed individuals.

Remembering the past in an overly positive manner may encourage us to meet new challenges by promoting an overly optimistic view of the future, whereas remembering the past more accurately or negatively can leave us discouraged. Clearly there must be limits to such effects, because wildly distorted optimistic biases would eventually lead to trouble. But as Taylor points out, positive illusions are generally mild and are important contributors to our sense of well-being. To the extent memory bias promotes satisfaction with our lives, it can be considered an adaptive component of the cognitive system.

So here’s to the human brain: Flawed, certainly, but we must not forget that it does a pretty good job of getting us through the day alive and (mostly) well.

This introdcution the first of a four-part series on memory. Now check out Parts One, Two, and Three on the challenges of memory.

Next Post:The Farnam Street Members Summer 2016 Reading ListWe recently asked our Members to recommend a single summer read, and why, and thought we might share some of their recommendations with you. …