Bayes and Deadweight: Using Statistics to Eject the Deadweight From Your Life

“[K]nowledge is indeed highly subjective, but we can quantify it with a bet. The amount we wager shows how much we believe in something.”

The quality of your life will, to a large extent, be decided by whom you elect to spend your time with. Supportive, caring, and funny are great attributes in friends and lovers. Unceasingly negative cynics who chip away at your self-esteem? We need to jettison those people as far and fast as we can.

The problem is, how do we identify these people who add nothing positive — or not enough positive — to our lives?

Few of us keep relationships with obvious assholes. There are always a few painfully terrible family members we have to put up with at weddings and funerals, but normally we choose whom we spend time with. And we’ve chosen these people because, at some point, our interactions with them felt good.

How, then, do we identify the deadweight? The people who are really dragging us down and who have a high probability of continuing to do so in the future? We can apply the general thinking tool called Bayesian Updating.

Bayes’s theorem can involve some complicated mathematics, but at its core lies a very simple premise. Probability estimates should start with what we already know about the world and then be incrementally updated as new information becomes available. Bayes can even help us when that information is relevant but subjective.

How? As McGrayne explains in the quote above, from The Theory That Would Not Die, you simply ask yourself to wager on the outcome. 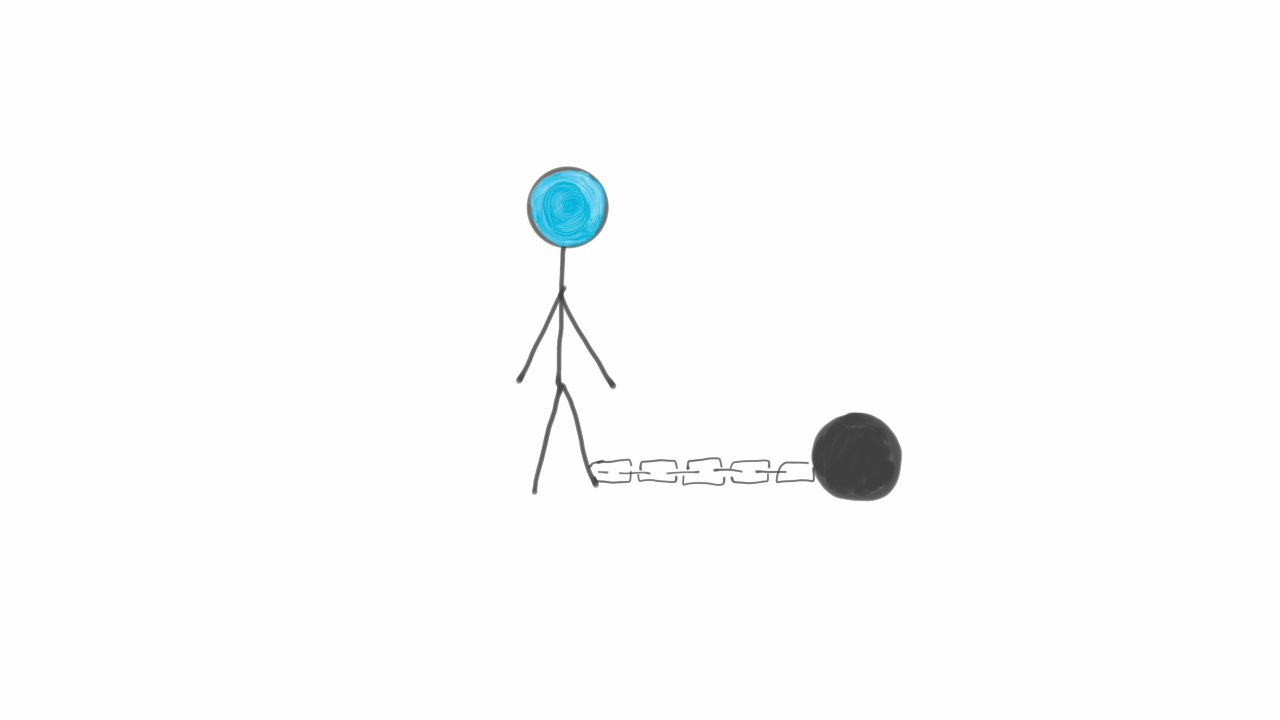 You are going on a blind date. You’ve been told all sorts of good things in advance — the person is attractive and funny and has a good job — so of course, you are excited. The date starts off great, living up to expectations. Halfway through you find out they have a cat. You hate cats. Given how well everything else is going, how much should this information affect your decision to keep dating?

Quantify your belief in the most probable outcome with a bet. How much would you wager that harmony on the pet issue is an accurate predictor of relationship success? Ten cents? Ten thousand dollars? Do the thought experiment. Imagine walking into a casino and placing a bet on the likelihood that this person’s having a cat will ultimately destroy the relationship. How much money would you take out of your savings and lay on the table? Your answer will give you an idea of how much to factor the cat into your decision-making process. If you wouldn’t part with a dime, then I wouldn’t worry about it.

This kind of approach can help us when it comes to evaluating our interpersonal relationships. Deciding if someone is a good friend, partner, or co-worker is full of subjective judgments. There is usually some contradictory information, and ultimately no one is perfect. So how do you decide who is worth keeping around?

Let’s start with friends. The longer a friendship lasts, the more likely it is to have ups and downs. The trick is to start quantifying these. A hit from a change in geographical proximity is radically different from a hit from betrayal — we need to factor these differences into our friendship formula.

This may seem obvious, but the truth is that we often give the same weight to a wide variety of behaviors. We’ll say things like “yeah, she talked about my health problems when I asked her not to, but she always remembers my birthday.” By treating all aspects of the friendship equally, we have a hard time making reasonable estimates about the future value of that friendship. And that’s how we end up with deadweight.

For the friend who has betrayed your confidence, what you really want to know is the likelihood that she’s going to do it again. Instead of trying to remember and analyze every interaction you’ve ever had, just imagine yourself betting on it. Go back to that casino and head to the friendship roulette wheel. Where would you put your money? All in on “She can’t keep her mouth shut” or a few chips on “Not likely to happen again”?

Using a rough Bayesian model in our heads, we’re forcing ourselves to quantify what “good” is and what “bad” is. How good? How bad? How likely? How unlikely? Until we do some (rough) guessing at these things, we’re making decisions much more poorly than we need to be.

The great thing about using Bayes’s theorem is that it encourages constant updating. It also encourages an open mind by giving us the chance to look at a situation from multiple angles. Maybe she really is sorry about the betrayal. Maybe she thought she was acting in your best interests. There are many possible explanations for her behavior and you can use Bayes’s theorem to integrate all of her later actions into your bet. If you find yourself reducing the amount of money you’d bet on further betrayal, you can accurately assume that the probability she will betray your trust again has gone down.

Using this strategy can also stop the endless rounds of asking why. Why did that co-worker steal my idea? Who else do I have to watch out for? This what-if thinking is paralyzing. You end up self-justifying your behavior by anticipating the worst possible scenarios you can imagine. Thus, you don’t change anything, and you step further away from a solution.

In reality, who cares? The why isn’t important; the most relevant task for you is to figure out the probability that your coworker will do it again. Don’t spend hours analyzing what to do, get upset over the doomsday scenarios you have come up with, or let a few glasses of wine soften the experience.

Head to your mental casino and place the bet, quantifying all the subjective information in your head that is messy and hard to articulate. You will cut through the endless “but maybes” and have a clear path forward that addresses the probable future. It may make sense to give him the benefit of the doubt. It may also be reasonable to avoid him as much as possible. When you figure out how much you would wager on the potential outcomes, you’ll know what to do.

Sometimes we can’t just get rid of people who aren’t good for us — family being the prime example. But you can also use Bayes to test how your actions will change the probability of outcomes to find ways of keeping the negativity minimal. Let’s say you have a cousin who always plans to visit but then cancels. You can’t stop being his cousin and saying “you aren’t welcome at my house” will cause a big family drama. So what else can you do?

Your initial equation — your probability estimate — indicates that the behavior is likely to continue. In your casino, you would comfortably bet your life savings that it will happen again. Now imagine ways in which you could change your behavior. Which of these would reduce your bet? You could have an honest conversation with him, telling him how his actions make you feel. To know if he’s able to openly receive this, consider whether your bet would change. Or would you wager significantly less after employing the strategy of always being busy when he calls to set up future visits?

Quantifying the subjective and using Bayes’s theorem can help us clear out some of the relationship negativity in our lives.

Next Post: Making the Most of Second Chances We all get lucky. Once in a while we do something really stupid that could have resulted in death, but didn’t. Just the other day, I saw …