Yuval Noah Harari on Why Humans Dominate the Earth: Myth-Making 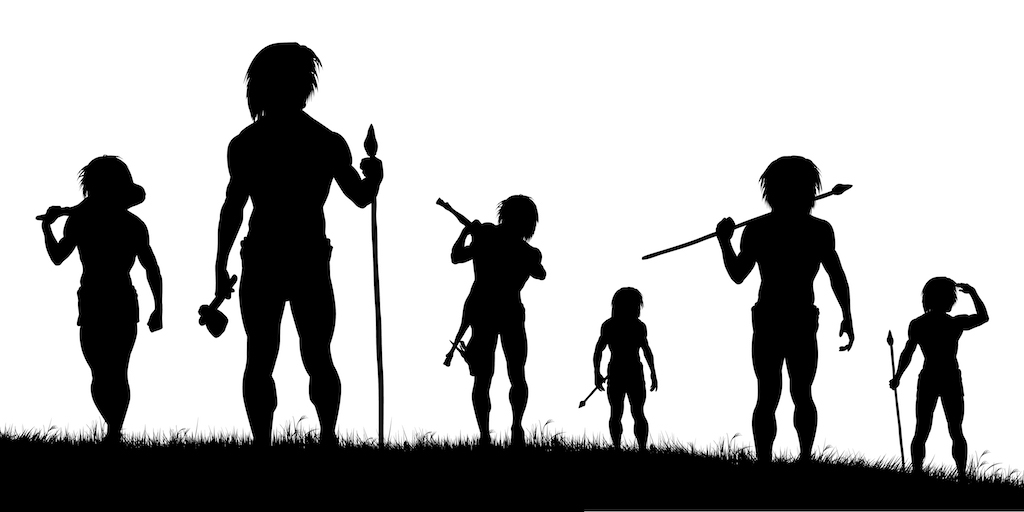 Yuval Noah Harari‘s Sapiens is one of those uniquely breathtaking books that comes along very rarely. It’s broad, yet scientific. It’s written for a popular audience but never feels dumbed down. It’s new and fresh but not based on any brand new primary research. Near and dear to our heart, Sapiens is pure synthesis.

An immediate influence that comes to mind is Jared Diamond, author of Guns, Germs, and Steel, The Third Chimpanzee, and other broad-yet-scientific works with vast synthesis and explanatory power. And of course, Harari, a history professor at the Hebrew University of Jerusalem, has noted that key influence and what it means to how he works:

(Harari) credits author Jared Diamond with encouraging him to take a much broader view—his Guns, Germs and Steel was an enormous influence. Harari says: “It made me realise that you can ask the biggest questions about history and try to give them scientific answers. But in order to do so, you have to give up the most cherished tools of historians. I was taught that if you’re going to study something, you must understand it deeply and be familiar with primary sources. But if you write a history of the whole world you can’t do this. That’s the trade-off.”

With this working model in mind, Harari sought to understand the history of humankind’s domination of the earth and its development of complex modern societies. His synthesis involves using evolutionary theory, forensic anthropology, genetics, and the common tools of the historian to generate a new conception of our past: Man’s success was due to its ability to create and sustain grand, collaborative myths.

Harari uses a smart trick to make his narrative more palatable and sensible: He uses the term Sapiens to refer to human beings. With this bit of depersonalization, Harari can go on to make some extremely bold statements about the history of humanity. We’re just another animal: the Homo Sapiens and our history can be described just like that of any other species. Our successes, failures, flaws, and credits are part of the makeup of the Sapiens. (This biological approach to history is one we’ve looked at before with the work of Will and Ariel Durant.)

“Ants and bees can also work together in huge numbers, but they do so in a very rigid manner and only with close relatives. Wolves and chimpanzees cooperate far more flexibly than ants, but they can do so only with small numbers of other individuals that they know intimately. Sapiens can cooperate in extremely flexible ways with countless numbers of strangers. That’s why Sapiens rule the world, whereas ants eat our leftovers and chimps are locked up in zoos and research laboratories.”

Sapiens was, of course, just one of many animals on the savannah if we go back about 100,000 years.

There were humans long before there was history. Animals much like modern humans first appeared about 2.5 million years ago. But for countless generations they did not stand out from the myriad other organisms with which they shared their habitats….

These archaic humans loved, played, formed close friendships and competed for status and power, but so did chimpanzees, baboons, and elephants. There was nothing special about humans. Nobody, least of all humans themselves had any inkling their descendants would one way walk on the moon, split the atom, fathom the genetic code and write history books. The most important thing to know about prehistoric humans is that they were insignificant animals with no more impact on their environment than gorillas, fireflies or jellyfish.

We like to think we have been a privileged species right from the start; that through a divine spark, we could dominate our environment as well as  the lesser mammals we cohabitated with. But that was not so, at least not at first. We were simply another smart, social ape trying to survive in the wild. We had cousins: Homo neanderthalensis, Homo erectus, Homo rudolfensis…all considered human and with similar traits. If chimps and bonobos were our second cousins, these were our first cousins.

Eventually, things changed. About 70,000 or so years ago, our DNA showed a mutation (Harari claims we’re not sure why — I don’t know the research well enough to disagree) which allowed us to make a leap that no other species, human or otherwise, was able to make: Cooperating flexibly in large groups with a unique and complex language. Harari calls this the “Cognitive Revolution.”

What was the Sapiens’ secret of success? How did we manage to settle so rapidly in so many distant and ecologically different habitats? How did we push all other human species into oblivion? Why couldn’t even the strong, brainy, cold-proof Neanderthals survive our onslaught? The debate continues to rage. The most likely answer is the very thing that makes the debate possible: Homo sapiens conquered the world thanks above all to its unique language.

Our newfound language had many attributes that couldn’t be found in our cousins’ languages, or in any other languages from ants to whales.

Firstly, we could give detailed explanations of events that had transpired. I saw a large lion in the forest three days back, with three companions, near the closest tree to the left bank of the river and I think, but am not totally sure, they were hunting us. Why don’t we ask for help from a neighboring tribe, so we don’t all end up as lion meat?

Secondly, and maybe more importantly, we could also gossip about each other. I noticed Frank and Steve have not contributed to the hunt in about three weeks. They are not holding up their end of the bargain, and I don’t think we should include them in distributing the proceeds of our next major slaughter. Hey, does this headdress make me look fat?

As important as both of these abilities were to the development of Sapiens, they are probably not the major insights by Harari. Steven Pinker has written about The Language Instinct and where it got us over time, as have others.

Harari’s insight is that the above are not the most important reasons why our “uniquely supple” language gave us a massive, exponential, survival advantage: It was because we could talk about things that were not real.

As far as we know, only Sapiens can talk about entire kinds of entities that they have never seen, touched, or smelled. Legends, myths, gods, and religions appeared for the first time with the Cognitive Revolution. Many animals and human species could previously say ‘Careful! A lion! Thanks to the Cognitive Revolution, Homo sapiens acquired the ability to say. ‘The lion is the guardian spirit of our tribe.’ This ability to speak about fictions is the most unique feature of Sapiens language…You could never convince a monkey to give you a banana by promising him limitless bananas after death in monkey heaven.

This is the core of Harari’s provocative thesis: It is our collected fictions that define us. Predictably, he mentions religion as one of the important fictions. But other fictions are just as important; the limited liability corporation; the nation-state; the concept of human “rights” deliverable at birth; the concept of money itself. All of these inventions allow us to do the thing that other species cannot do: Cooperate effectively and flexibly in large groups.

Ants and bees can also work together in huge numbers, but they do so in a very rigid manner and only with close relatives. Wolves and chimpanzees cooperate far more flexibly than ants, but they can do so only with small numbers of other individuals that they know intimately. Sapiens can cooperate in extremely flexible ways with countless numbers of strangers. That’s why Sapiens rule the world, whereas ants eat our leftovers and chimps are locked up in zoos and research laboratories.

Our success is intimately linked to scale, which we have discussed before. In many systems and in all species but ours, as far as we know, there are hard limits to the number of individuals that can cooperate in groups flexibly. (Ants can cooperate in great numbers with their relatives, but only based on simple algorithms. Munger has mentioned in The Psychology of Human Misjudgment that ants’ rules are so simplistic that if a group of ants starts walking in a circle, their “follow-the-leader” algorithm can cause them to literally march until their collective death.)

Sapiens diverged when it discovered an ability to generate a collective myth, and there was almost no limit to the number of cooperating, believing individuals who could belong to a belief-group. And thus we see extremely different results in human culture than in whale culture, or dolphin culture, or bonobos culture. It’s a lollapalooza result from a combination of critical elements.

Harari is quick to point out that these aren’t lies. We truly believe them, and we believe in them as a collective. They have literal truth in the sense that if I trust that you believe in money as much as I do, we can use it as an exchange of value. But just as you can’t get a chimpanzee to forgo a banana today for infinite bananas in heaven, you also can’t get him to accept 3 apples today with the idea that if he invests them in a chimp business wisely, he’ll get 6 bananas from it in five years, no matter how many compound interest tables you show him. This type of collaborative and complex fiction is uniquely human, and capitalism is as much of a collective myth as religion.

Of course, this leads to a fascinating result of human culture: If we collectively decide to alter the myths, we can alter population behavior dramatically and quickly. We can decide slavery, one of the oldest institutions in human history, is no longer acceptable. We can declare monarchy an outdated form of governance. We can decide females should have the right to as much power as men, reversing the pattern of history. (Of course, we can also decide all Sapiens must worship the same religious text and devote ourselves to slaughtering the resisters.)

There is no parallel I’m aware of in other species for these quick, large-scale shifts. General behavior patterns in dogs or fish or ants change due to a change in environment or broad genetic evolution over some time. Lions will never sign a Declaration of Lion Rights and decide to banish the idea of an alpha male lion; their hierarchies are rigid.

But humans can collectively change the narrative in a period of a few years and begin acting very differently, with the same DNA and the same set of physical environments. And thus, says Harari: “The Cognitive Revolution is accordingly the point when history declared its independence from biology.” These ever-shifting alliances, beliefs, myths, and ultimately, cultures, define what we call human history.

For now, we will leave it here, but a thorough reading of Sapiens is recommended to understand where Professor Harari takes this idea, from the earliest humans to the fate of our descendants.