Montaigne’s Rule for Reading: The Promiscuous Pursuit of Pleasure 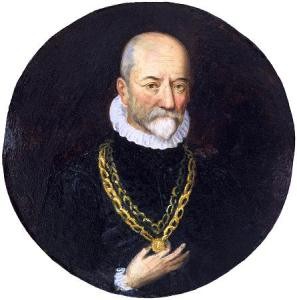 “His rule in reading remained the one he had learned from Ovid: Pursue pleasure. ‘If I encounter difficulties in reading,’ he wrote, ‘I do not gnaw my nails over them; I leave them there. I do nothing without gaiety.’”

— How to Live: A Life of Montaigne

Michel de Montaigne (1533-1592) might have been the original essayist. George Orwell before George Orwell. Montaigne was well-read, smart, critical, and possesed a tendency to write in a personal tone—with references to and reflections on—his own thoughts and his own life.

Montaigne was known as a well-born French statesman during the time of the Reformation in Europe, when Catholic and Protestants were viciously fighting one another over the “one true church.” (The strong, violent ideologies at play ring familiar to those of us observing extreme religious terrorism today.) A century after the delivery of the printing press to the West, the Wars of Religion coincided with two historical periods that we now consider monumental —  the Renaissance and the Reformation. Such were the times molding a young Montaigne.

The son of a wealthy businessman, Montaigne was born on a chateau near Bordeaux (rough life) although his father did his best to keep him grounded — he forced Michel to spend some of his early years living with peasants in a cottage.

After a fairly rigorous education in the classics initiated by his family, a stint at boarding school, and a formal legal education, Montaigne went on to a career as a court adviser at Bordeaux Parliament, and then retired to his extensive personal library where he would begin to write. His personal essays — on topics ranging from death and the meaning of life to the cultural relativism inherent in judging Brazilian cannibals — would go on to influence every generation hence, starting with Shakespeare.

Montaigne became well-known for his devotion to skepticism in the tradition of the Pyrrhonians. In short: A constant withholding of judgment, a deep distrust of his own knowledge, and a desire to avoid ideology and overreaching.  In fact, one of the pillars of the Pyrrhonian style of thought was to construct both sides of an argument as cogently as possible before leaning one way or another, something reminiscent of Charlie Munger’s work required to hold an opinion and a foundation of modern legal training. This devotion of Montaigne’s, combined with the personal feel and wide-ranging topics of his writing, made him the first of his kind as a writer.

The Books That Influenced Montaigne

In the wonderful biography How to Live: A Life of Montaigne, by Sarah Bakewell, we learn a bit about the books that influenced Montaigne himself. As would have been the case for most of his contemporaries, his primary influences were classics from Greece and Rome. He started with the 16th century’s version of the Grimm Brothers: Ovid’s Metamorphoses, and then moved on to Virgil’s Aeneid and some modern comedic plays. In other words, Montaigne started out with works of fiction:

One unsuitable text which Montaigne discovered for himself at the age of seven or eight was Ovid’s Metamorphoses. This tumbling cornucopia of stories about miraculous transformations among ancient gods and mortals was the closest thing the Renaissance had to a compendium of fairy tales…In Ovid, people change. They turn into trees, animals, stars, bodies of water, or disembodied voices. They alter sex; they become werewolves. A woman called Scylla enters a poisonous pool and sees each of her limbs turn into a dog-like monster from which she cannot pull away because the monsters are also her….Once a taste of this sort of thing had started him off, Montaigne galloped through other books similarly full of good stories: Virgil’s Aeneid, then Terence, Plautus, and various modern Italian comedies. He learned, in defiance of school policy, to associate reading with excitement.

From Fiction to Non-Fiction

As he got older, though, Montaigne turned more and more to non-fiction, to works of real life. In his words, reading non-fiction taught you about the ‘diversity and truth of man,’ as well as ‘the variety of ways he is put together, and the accidents that threaten him.’

The best material he had available to him were from the classical stylings of writers like Tacitus, historian of the Roman periods in the early years after Christ; Plutarch, the biographer of the eminent Greeks and Romans; and Lucretius, the Roman philosophical poet. In Bakewell’s biography, we learn what it was he loved about these authors:

He loved how Tacitus treated public events from the point of view of ‘private behavior and inclinations’ and was struck by the historian’s fortune in living through a ‘strange and extreme’ period, just as Montaigne himself did. Indeed, he wrote of Tacitus ‘you would often say that it is us he is describing.’

Turning to biographers, Montaigne liked those who went beyond the external events of a life and tried to reconstruct a person’s inner world from the evidence. No one excelled in this more than his favorite writer of all — the Greek biographer Plutarch, who lived from around AD 46 to around 120 and whose vast Lives presented narratives of notable Greeks and Romans in themed pairs.

Plutarch was to Montaigne what Montaigne was to many later readers: a model to follow, and a treasure-chest of ideas, quotations, and anecdotes to plunder. ‘He is so universal and so full that on all occasions and however eccentric the subject you have taken up, he makes his way into your work.’

Montaigne also loved the strong sense of Plutarch’s own personality that comes across in his work: ‘I think I know him even into his soul.’ This was what Montaigne looked for in a book, just as people later looked for it in him: the feeling of meeting a real person across the centuries. Reading Plutarch, he lost awareness of the gap in time that divided them — much bigger than the gap between Montaigne and us.

The last point is, of course, fascinating. When we think about Montaigne, he seems a whole world away. 16th century France is a place we fill in our imagination with velvet cloth and kings and queens and peasants and history class. Impossibly far in the past. But that period was only 450 short years ago; Montaigne himself was reading authors 1,500 years or more before him! A far greater gap in time. Yet he felt their insights were as relevant as when they were written — a lesson we should all learn from.

We can also get a glimpse of the kind of reader Montaigne considered himself: A pretty lazy one.

I leaf through now one book, now another,’ he wrote,’ without order and without plan, by disconnected fragments.’ He could sound positively cross if he thought anyone might suspect him of careful scholarship. Once, catching himself having said that books offer consolation, he hastily added, ‘Actually I use them scarcely any more than those who do not know them at all.’ And one of his sentences starts, ‘We who have little contact with books…’

His rule in reading remained the one he had learned from Ovid: pursue pleasure. ‘If I encounter difficulties in reading,’ he wrote, ‘I do not gnaw my nails over them; I leave them there. I do nothing without gaiety.’

Although Bakewell, and we, suspect he was feigning some humility as far as his laziness; of the second point on pursuing pleasure, Bakewell writes that Montaigne took this philosophy of gentleness and freedom and, “Of this, Montaigne made a whole principle of living.”

The Importance of Working With “A” Players

Stop me if this sounds familiar. There is a person who toils alone for years in relative obscurity before finally cracking the code to become a hero. The myth of the lone genius. It’s the stuff of Disney movies. Of course, we all have moments when we’re alone and something suddenly clicks. We’d do well […]