Blog  Thinking  Ray Dalio: Open-Mindedness And The Power of Not Knowing

Ray Dalio: Open-Mindedness And The Power of Not Knowing 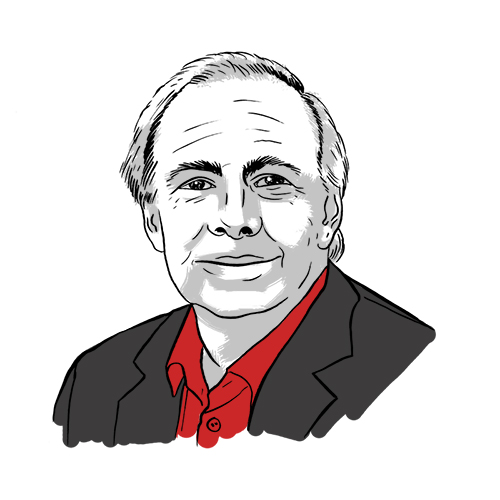 Ray Dalio, founder of the investment firm Bridgewater Associates (and guest on The Knowledge Project), offers a prime example of what a learning organization looks like in the best book I’ve ever read on learning, Learn or Die: Using Science to Build a Leading-Edge Learning Organization.

He comes to us again with this bit of unconventional wisdom.

Early in my career I learned this lesson the hard way — through some very painful bad bets. The biggest of these mistakes occurred in 1981–’82, when I became convinced that the U.S. economy was about to fall into a depression. My research had led me to believe that, with the Federal Reserve’s tight money policy and lots of debt outstanding, there would be a global wave of debt defaults, and if the Fed tried to handle it by printing money, inflation would accelerate. I was so certain that a depression was coming that I proclaimed it in newspaper columns, on TV, even in testimony to Congress. When Mexico defaulted on its debt in August 1982, I was sure I was right. Boy, was I wrong. What I’d considered improbable was exactly what happened: Fed chairman Paul Volcker’s move to lower interest rates and make money and credit available helped jump-start a bull market in stocks and the U.S. economy’s greatest ever noninflationary growth period

What’s important isn’t that he was wrong, it’s what the experience taught him and how he implemented those lessons at Bridgewater.

This episode taught me the importance of always fearing being wrong, no matter how confident I am that I’m right. As a result, I began seeking out the smartest people I could find who disagreed with me so that I could understand their reasoning. Only after I fully grasped their points of view could I decide to reject or accept them. By doing this again and again over the years, not only have I increased my chances of being right, but I have also learned a huge amount.

There’s an art to this process of seeking out thoughtful disagreement. People who are successful at it realize that there is always some probability they might be wrong and that it’s worth the effort to consider what others are saying — not simply the others’ conclusions, but the reasoning behind them — to be assured that they aren’t making a mistake themselves. They approach disagreement with curiosity, not antagonism, and are what I call “open-minded and assertive at the same time.” This means that they possess the ability to calmly take in what other people are thinking rather than block it out, and to clearly lay out the reasons why they haven’t reached the same conclusion. They are able to listen carefully and objectively to the reasoning behind differing opinions.

When most people hear me describe this approach, they typically say, “No problem, I’m open-minded!” But what they really mean is that they’re open to being wrong. True open-mindedness is an entirely different mind-set. It is a process of being intensely worried about being wrong and asking questions instead of defending a position. It demands that you get over your ego-driven desire to have whatever answer you happen to have in your head be right. Instead, you need to actively question all of your opinions and seek out the reasoning behind alternative points of view.

Still curious? Check out my lengthy interview with Ed Hess.

The Ultimate Deliberate Practice Guide: How to Be the Best

Everything You Need to Know to Improve Your Performance at Anything—For Beginners and Experts Deliberate practice is the best technique for achieving expert performance in every field—including writing, teaching, sports, programming, music, medicine, therapy, chess, and business. But there’s much more to deliberate practice than 10,000 hours. Read this to learn how to accelerate your […]

Your Thinking Rate Is Fixed

You can’t force yourself to think faster. If you try, you’re likely to end up making much worse decisions. Here’s how to improve the actual quality of your decisions instead of chasing hacks to speed them up. If you’re a knowledge worker, as an ever-growing proportion of people are, the product of your job is […]

If you’re after a way to supercharge your learning and become smarter, the Feynman Technique might just be the best way to learn absolutely anything. Devised by a Nobel Prize-winning physicist, it leverages the power of teaching for better learning. The Feynman Learning Technique is a simple way of approaching anything new you want to […]