Principles For Living: An Operating System for Life

In Principles for Living, I lay out my operating system for life. The principles are clear, straight-forward, and help me live an effective life.

All that I write about, think about, and strive to achieve is inspired by one or more of the following principles. I hope they offer some clarity and direction as you carve your own path.

Let’s dive into five of the principles I live by:

If you’re pointed in the wrong direction, it doesn’t matter how fast you’re traveling. Inversely, if you’re locked on to your desired destination, all progress is positive, no matter how slow you’re going. You’ll reach your goal eventually.

Imagine sitting on a commuter train and your stop is near the end of the line. If you were certain that you were on the right track, you wouldn’t get off simply because the train stopped from time to time. You know that stops are part of the journey. You can learn a lot from them, and eventually the train will start moving again. Yet when it comes to the goals that are most important to us in life, we tend to jump tracks the second we stop perceiving forward momentum. We’re choosing the illusion of progress over what really matters.

“As to methods there may be a million and then some, but principles are few. The man who grasps principles can successfully select his own methods. The man who tries methods, ignoring principles, is sure to have trouble.”

Take a little time now to study the map. And once you’ve charted a route that will get you where you want to be, stay the course. You won’t move forward all the time, but if you trust the process, you’ll look back and be astonished at how far you’ve come.

How many of us settle into habits and simply live the same year over and over again, waiting for some future event to occur before we start living? While we wait for that raise or career opportunity or ideal relationship, we tend to forget that life is happening now.

When Thoreau penned the words “I go to the woods to live deliberately,” he didn’t seek to extol the virtues of off-grid living, though that may have been a by-product of his experiment. He wanted to create space to cultivate a life and mind of purpose—outside the influence and dictates of others. His fear, one that many of us share, was that when he came to the end of his life, he would “discover that [he] had not lived.”[i]

Living deliberately is about awareness and purposeful action. If we take the necessary steps to craft each day deliberately, when our final day arrives we’ll be able to look back at a life brimming with joy, fulfillment and satisfaction.

Set time aside today to pursue your dreams.

Start today to learn the things you’d like to know

Reach out today to repair that strained relationship.

Today, jettison the dead weight that’s holding you down.

How do you respond when you’re faced with facts that contradict a sometimes long-held and cherished belief?

Do you update your knowledge database with the new facts, or do you flail about and try to rationalize or refute the new facts so as not to upset the status quo?

As much as we’d love to consider ourselves open-minded and ever eager to learn, our human nature is to disregard information that could cause us any cognitive dissonance. It requires substantial effort to be firm enough in our convictions that we can be bold in our actions, yet humble enough to leave room to be wrong.

None of us have a perfect understanding of the world we live in.  As our understanding increases, we must be willing to adapt and change if we are to learn and grow to position ourselves to lead the life we want to live.

When we resist that growth, or feel threatened by new information, we intentionally or unintentionally filter out evidence that may clash with our current opinions, thus keeping us safe in our ignorance. We sacrifice being correct for being “right.”

That, for personal and professional development, is the kiss of death. 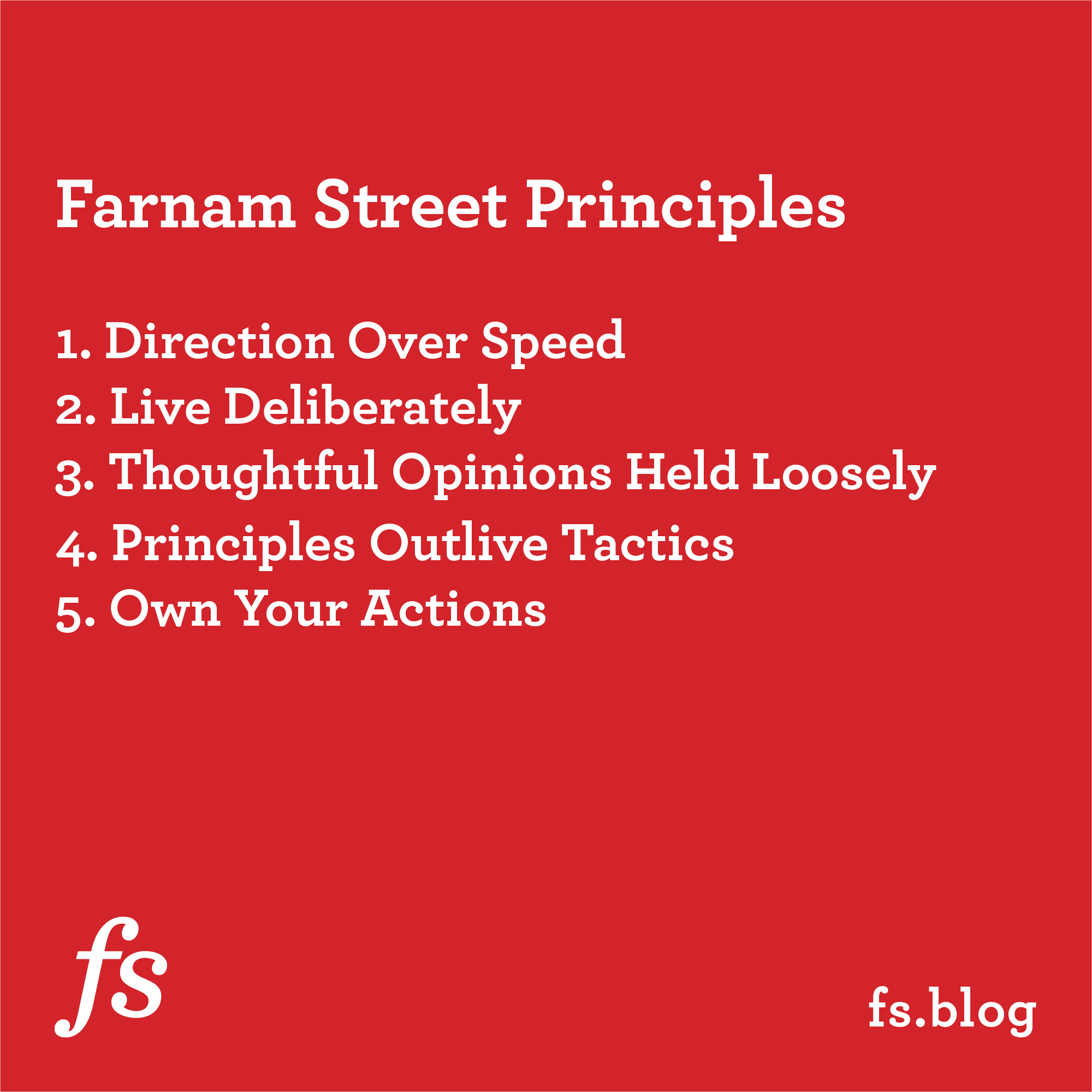 In American football, thousands of plays have been invented over the years, some with more success than others. Good coaches will be able to create plays based on their teams’ strengths and their opponents’ weaknesses. Their plays are based on principles that they fully understand. Play-stealers, on the other hand, spot tactics that have been effective, and plug them directly into their programs.

The play-stealer has no idea what’s going on. He doesn’t understand the difference between something that didn’t work and something that played into the other team’s strengths.

“Your time is limited, don’t waste it living someone else’s life. Don’t be trapped by dogma, which is living the result of other people’s thinking. Don’t let the noise of other’s opinions drown your own inner voice. And most important, have the courage to follow your heart and intuition, they somehow already know what you truly want to become. Everything else is secondary..”

Tactics provide the “what” and the “how.” And just like in football, sometimes that can be enough to get a result. But if you want results no matter how the landscape changes, you must also understand the “why.” By understanding the principles that shape your reality, your “why” will more accurately guide your thoughts and actions.

Owning our actions can be incredibly difficult to do. We aren’t programmed to expose our egos or make ourselves vulnerable when we make mistakes or do something stupid. But one of the most powerful ways to make giant leaps forward in our lives is to not only accept that we’ll screw up, but to actively seek out correction when we do.

When we refuse to accept ownership of our mistakes, we’ve warped the feedback loop we rely on to make better decisions in the future. If we are the common denominators in all the problems that vex us, but we fail to understand that, nothing will ever change.

Stephen Covey says that proactive people “do not blame circumstances, conditions, or conditioning for their behavior.”[ii]  When we take ownership of our decisions, our lives are no longer left up to chance. We can grab the steering wheel and go anywhere we’d like.

Then the question is, “Where would you like to go?”

What do you think?

If these principles resonate with you, there are a number of ways to engage with the FS community. Come share your thoughts on Facebook, Twitter, or consider joining our private forum in the Learning Community. We’d love to hear your voice!