After a decade of attending the Berkshire Hathaway annual shareholders meeting, these are the thoughts and experiences that stand out the most to me.

(My essay appears in the The Warren Buffett Shareholder.) 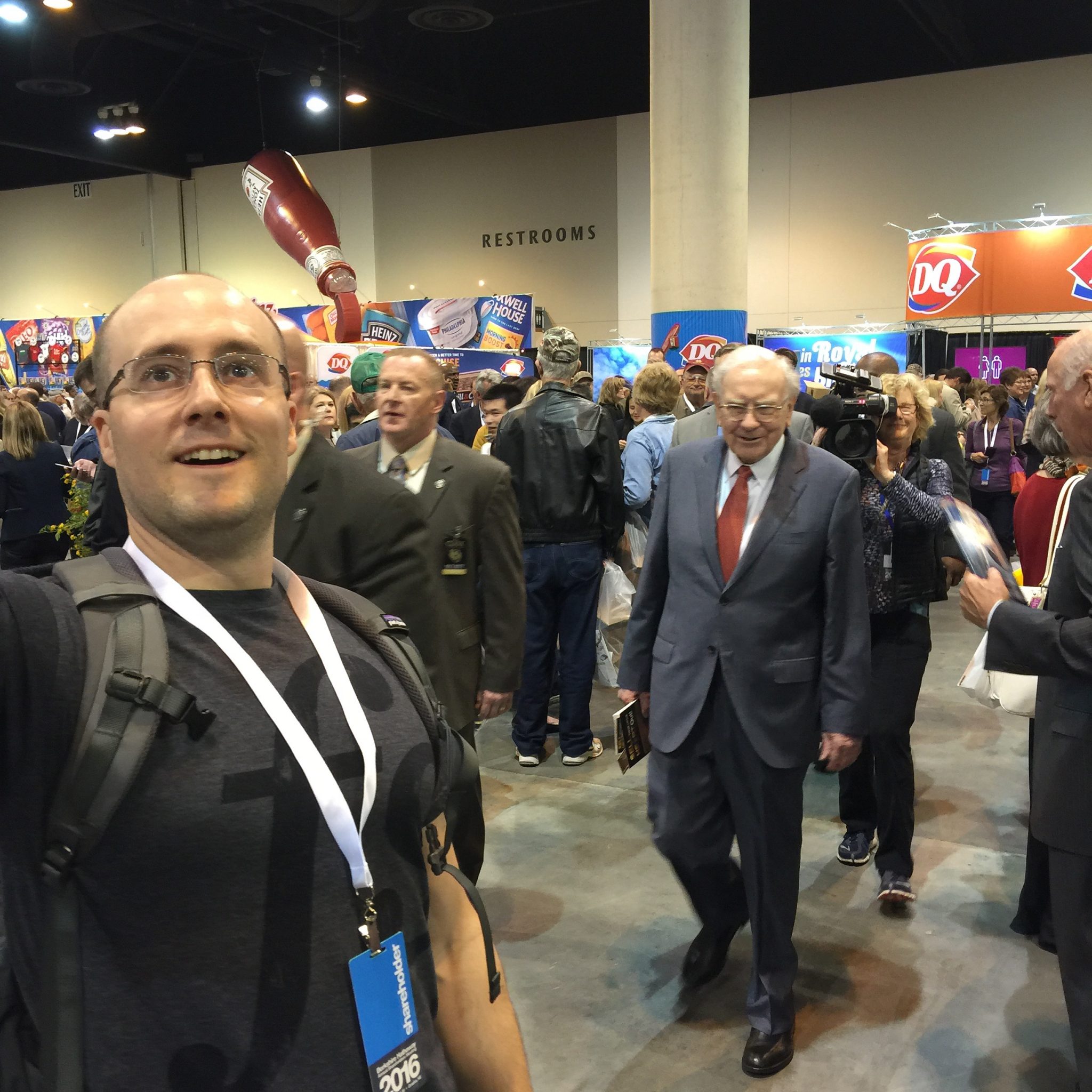 I’ve been going to the Berkshire Hathaway annual shareholders meeting almost yearly since 2008. My routine might be familiar to many – maybe uncomfortably so — and yet that routine is part of the experience.

After missing the meeting one year because of a cancelled Friday flight, I decided to start adding a bigger margin of safety and arriving on Thursday. If the flight is on time, it gives me two days to hang out before Saturday’s meeting, and I put that time to good use. Usually the meals leading up to the meeting are filled with friends, FS readers, and business partners. 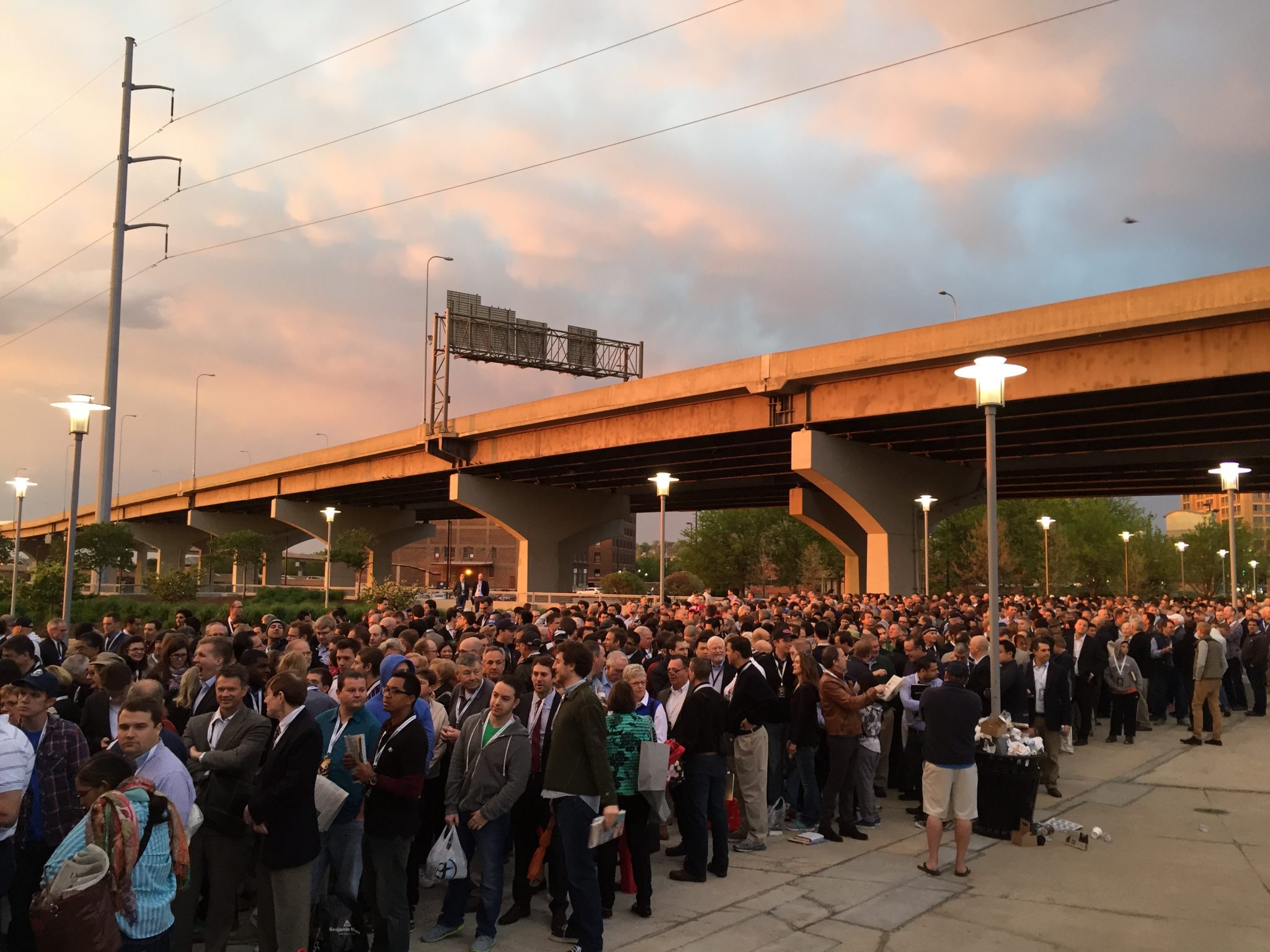 When the big day finally arrives, I get up as early as my friends allow and drag everyone to the meeting, waiting in line at the CenturyLink Center’s south entrance to get a good seat. The crowd at the door is full of hedge fund managers, teachers, small investors, technology entrepreneurs, college students, people from all over — Buffett and Munger junkies all. It’s a motley crew, to say the least.

As a group, we’ve all got some peculiar wiring. More than once, we’ve sat out there in the rain, more or less oblivious to the bad weather, as we discussed such topics as first-conclusion bias, insurance float, the intricacies of goodwill accounting, the merits of the latest acquisition, and the future of discount furniture retailing.

As the meeting gets started, I listen as intently as I can, but like most people in the audience, I find myself drifting from time to time. The bland questions seem to repeat year after year and offer the same predictable answers as the year before. Fortunately, the questions have improved since Warren changed the meeting format by inviting analysts and reporters.

So sleepy or not, I listen, I write down notes, I laugh, I rummage around the Convention area and eat Dilly Bars and See’s Candy, I return to the meeting and learn some more. Write, eat, write, whisper, laugh, write, whisper, laugh, write. At some point, the day is up and it feels like we’ve barely scratched the surface. What about last year’s unusually high amortization charge?

After the meeting, it’s time for a drink at the hotel across the street. All I want to do is take a nap, but that’s not what I’m here to do. I try to meet with one particular person, but I see someone else, and of course he’s got a friend in tow. Then I see an employee from Berkshire whom I want to ask a question, so I ditch my friends for a minute. Then I see the professor I met that one year. Then I see… This goes on for a few hours, until dinnertime.

Dinner, of course, is simply more of this. More friends; more talking about business, investing, learning, and mental models; more catching up. On Sunday, I get up early again and go to another breakfast, or perhaps a brunch meeting. I meet up with more old friends, more new acquaintances.

The Berkshire Hathaway annual meeting is an excuse to gorge — not just on Dilly Bars, See’s Candy, and steak, which I wholeheartedly consume, but also on friends, conversation, and learning. The whole experience is intensely stimulating, in the mildly stressful “these people are a lot smarter than me; I really need to read more” kind of way.

More important, the annual meeting offers a reminder of what matters. The world we live in is full of 24/7 noise — full of people who are trying to tell us to learn about the new and novel, people telling us we can get something for nothing, people trying to tell us the unknowable, people who won’t do the work. When you’re living in the moment, it’s hard to see that you’re in this system. It’s only when you step back that you realize that your mind has become cluttered and you’ve lost a sense of what’s important and what’s meaningful.

Omaha is a reminder of what’s important in relationships. The local residents are enormously kind and tolerant of over 50,000 people swooping in for a weekend. They are so kind, in fact, that I call them honorary Canadians. The people who come to the meeting tend to be part of a unique subset of society. While they might be bankers, teachers, businesspeople, or even unemployed, they share the same values of delayed gratification, integrity, and generosity. They share the same desire for learning. Everyone is happy. What you won’t find in Omaha are complainers, people trying to scare you, or people seeking to get rich overnight. In essence, you find yourself surrounded by the people you want to become.

When you’re listening to Warren and Charlie talk, the noise of the unimportant vanishes. In its place, you find the same topics year after year. The same phrases. The same patterns. The same predictable answers. Even the same basic eating habits. So why go if the answers are always the same? After all, I’ve been attending for nearly 10 years; by now, haven’t I heard most of what Warren and Charlie have to say?

The point is that the answers stay the same. Warren and Charlie talk about the same invariant general principles every single year without fail. What I’ve learned most from Warren and Charlie over the years is the beauty of what doesn’t change. When you learn something that doesn’t change, you can step off the treadmill of keeping up and start to compound your knowledge. While this compounding may slow you down at first, it offers exponential returns. After all, what better investment can you make than learning, with deep fluency, timeless principles like second-order thinking, something that applies to a wide variety of situations and is likely to remain constant?

You can see in real time how Warren and Charlie adapt their timeless principles to the reality of the day. There is no wishful thinking, just a lens into the world. By applying timeless concepts to whatever is topical, they show a deep, multi-layered understanding of what’s happening in the world. Implicit in all of this is how they work with the world rather than against it.

And Warren and Charlie are not the only ones I learn from. I also learn from the hedge fund managers, teachers, small investors, technology entrepreneurs, and college students who are waiting outside the arena in the rain. I learn from the friends and acquaintances at the breakfasts, brunches, lunches, dinners, and cocktail hours. I learn from the Berkshire employees and the professors-I-met-that-one-year, and the guy who knows more about insurance than I’ll ever hope to know. 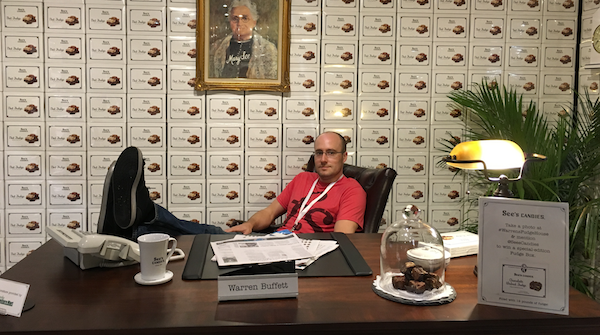 The world becomes clear after I leave Omaha. My sense of what’s important is renewed — what might have been the most urgent thing in the world on Thursday now seems to fade into the distance as unimportant. I make better decisions, I become a better person, and material concerns fall by the wayside. There is nothing missing. And because what’s important has been amplified, I’m better able to make the decisions I’ve been postponing. When I’ve been surrounded by so many people, my sense of the person I want to become improves.

I don’t go to Omaha looking for answers; I go for the pursuit. I go there to deepen my understanding of the key ideas that matter in work and life. It’s almost like changing your oil. As the year goes on, little bits get in your oil. At first, if you don’t change your oil often enough, your engine runs suboptimally. Eventually, however, if you still don’t change your oil, your engine seizes. Going to the meeting is my oil change.

Charlie has always called Berkshire a “didactic” enterprise. For a while, I wasn’t sure what he was talking about. (I had to look up “didactic,” too.) But I get what he means now. The annual letter, the meeting — partially, these serve to inform the shareholders. But let’s be honest, it’s about more than that. Warren and Charlie don’t need to make such a production of the annual meeting. It’s a platform for the two Wise Men of Omaha to tell us the way it is and show us how it could be. (The maddening thing is that they’re usually right.)

Charlie likes to say that if he and Warren had stopped learning when they were young, Berkshire would be a shadow of its current self. And I realize that is the lesson I relearn every year in Omaha, among the chained-together meetings and the lack of sleep. We’re all trying to create positive outcomes and to do that in the right way, with humility, gratitude, and rational thought. We’re trying to grow.

Because what else would motivate a bunch of nutcases to fly 400 or 500 or 2,000 miles (or 2,004 kilometers) to eat candy and listen to a couple of old men talk about business?

After nine years, I still don’t quite know the answer. All I know is that I’m one of those nutcases. And I’ll keep coming back as long as Berkshire Hathaway will have me.

Next Post: Reversible and Irreversible Decisions Reversible vs. irreversible decisions. We often think that collecting as much information as possible will help us make the best decisions. …