Your First Thought Is Rarely Your Best Thought: Lessons on Thinking

The best advice I’ve ever gotten about thinking came from a private-company CEO who has a thirty-year track record that’s up there with Warren Buffett’s. One day he said to me, “Shane, most people don’t actually think. They just take their first thought and go.”

We’re all busy. We’ve got meetings, phone calls, texts, kids, spouses, parents, friends, and of course the ever-present email. Busyness has become an end in itself, and nothing is more dangerous. What my CEO friend meant was that people are losing the ability to think through a problem.

Most people schedule themselves like lawyers. They work in five- to eight-minute increments, scheduled back to back. The best part of their day is when they manage to sneak away for a quick coffee with a friend before heading into the next meeting they haven’t had time to prepare for. 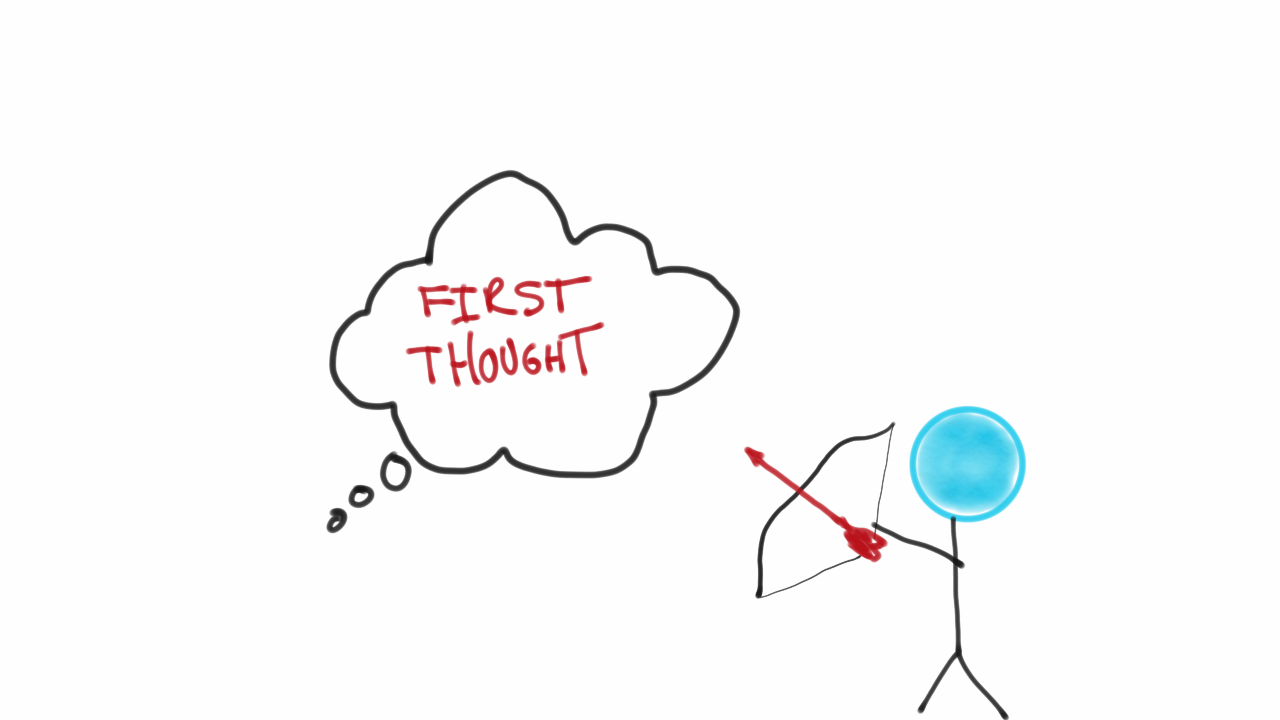 I actually schedule time to think. It sounds ridiculous, I know, but I protect this time as if my livelihood depended on it because it does. Sometimes I’m in the office and sometimes I’m in a coffee shop. I’m not always thinking about a problem that I’m wresting with. I’m often just thinking about things I already know or, more accurately, things I think I know. Setting aside time for thinking works wonders, not only for me but also for most of the people I’ve convinced to give it a try.

The problem with not having time to think is nailed by William Deresiewicz, who said:

Here’s what Deresiewicz says does work:

It’s only by concentrating, sticking to the question, being patient, letting all the parts of my mind come into play, that I arrive at an original idea. By giving my brain a chance to make associations, draw connections, take me by surprise. And often even that idea doesn’t turn out to be very good. I need time to think about it, too, to make mistakes and recognize them, to make false starts and correct them, to outlast my impulses, to defeat my desire to declare the job done and move on to the next thing.

A lot of people see thinking more than a few minutes as a waste of time, but this viewpoint is shortsighted and flawed. While it might take me 30 minutes to come to the same conclusion that you come to in 5, I’ll likely have a better idea of the nuances of the situation, including which variables matter the most. I’ll know what to watch for and I’ll know how to frame things for other people to appeal to their interests. Not only will collaboration take less time, but I’ll make fewer mistakes. That’s the real advantage.

Thinking time is non-linear. The time you spend thinking – walking around a problem in a three-dimensional way and exploring all of the various perspectives and mental models – pays you back tenfold in the end. The problem for those who are shortsighted is that this time will appear as a negative for a while because it looks like nothing is getting done. This situation is a great example of what I call first-order negative, second-order positive.

A lot of things in life are first-order positive and second-order negative. Heroin is an obvious one, sugar less so. We have trouble delaying gratification, so we do a lot of things that are first-order positive, second-order negative. We buy bigger houses than we need, only to find that rising interest rates make the mortgage payment untenable. We buy the sexy car only to discover later that it depreciates faster than the commuter car.

Intuitively we know the value of delayed gratification. We tell our kids that they need to get an education, which is nothing more than preparation for life. And yet once we get out of school and start working full time, we are conditioned to think in terms of today and tomorrow, rather than months or years ahead. Suddenly, everything we do is supposed to provide an instant and visible benefit to the organization. At an individual level, this means that for your organization to value you more, you must run faster and faster. At a corporate level, this means you’re ripe for disruption from a competitor willing to play the long game.

Making time to think is a great example of something that’s first-order negative with some future payoff that’s not easily visible. However, when you think through problems, you’ll not only come to better decisions on the whole but you’ll also avoid a lot of problems.

Next Post: The Law of Unintended Consequences: Shakespeare, Cobra Breeding, and a Tower in Pisa When we try to make a single change within a complex system, we often end up causing unintended consequences. These can be positive or …