Blog  Mental Models  Hanlon’s Razor: Relax, Not Everything is Out to Get You

Hanlon’s Razor: Relax, Not Everything is Out to Get You

Hanlon’s Razor teaches us not to assume the worst intention in the actions of others. Understanding Hanlon’s Razor helps us see the world in a more positive light, stop negative assumptions, and improve relationships. Let’s take a look at some examples.

If you ever feel that the world is against you, you are not alone.

We all have a tendency to assume that when anything goes wrong, the fault lies within some great conspiracy against us. A co-worker fails to give you a report in time? They must be trying to derail your career and beat you to a promotion. Your child drops and breaks an expensive plate? They must be trying to annoy you and waste your time. WiFi in a coffee shop not working? The staff must be lying about having it to lure you in and sample their crappy espresso.

But the simple fact is that these explanations which we tend to jump to are rarely true. Maybe your co-worker thought today was Tuesday, not Wednesday. Maybe your child had sticky hands from playing with play-doh. Maybe the WiFi router was just broken. This is where Hanlon’s razor comes in.

What is Hanlon’s Razor?

Hanlon’s Razor is a useful mental model which can be best summarized as:

‘Never attribute to malice that which can be adequately explained by neglect.’

Like Occam’s razor, this heuristic is a useful tool for rapid decision-making and intelligent cognition.

It’s a simple fact that most of us spend a large part of our day communicating with others and making choices based on that. We all lead complex lives wherein (as Murphy’s law states) things are constantly going wrong. When this occurs, a common response is to blame the nearest person and assume they have malicious intent. People are quick to accuse corporations, politicians, their bosses, employees, coffee shop workers and even family of trying to derail them. When someone messes up around us, we forget how many times we too have done the same. We forget how many times we have elbowed someone in the street, knocked over a drink at a relative’s house or forgotten to meet a friend at the right time. Instead, the perpetrator becomes a source of intense irritation.

To assume intent in such a situation is likely to worsen the problem. None of us can ever know what someone else wanted to happen. The smartest people make a lot of mistakes. Inability or neglect is far more likely to be the cause than malice. When a situation causes us to become angry or frustrated, it can be valuable to consider if those emotions are justified. Often, the best way to react to other people causing us problems is by seeking to educate them, not to disdain them. In this way, we can avoid repeats of the same situation.

The phrase ‘Hanlon’s razor’ was coined by Robert J. Hanlon, but it has been voiced by many people throughout history, as far back as 1774.

‘Never ascribe to malice that which is adequately explained by incompetence.’

Goethe wrote similarly in The Sorrows of Young Werther in 1774:

Misunderstandings and neglect create more confusion in this world than trickery and malice. At any rate, the last two are certainly much less frequent.

I divide my officers into four groups. There are clever, diligent, stupid, and lazy officers. Usually two characteristics are combined. Some are clever and diligent – their place is the General Staff. The next lot are stupid and lazy – they make up 90 percent of every army and are suited to routine duties. Anyone who is both clever and lazy is qualified for the highest leadership duties, because he possesses the intellectual clarity and the composure necessary for difficult decisions. One must beware of anyone who is stupid and diligent – he must not be entrusted with any responsibility because he will always cause only mischief.

The Place of Hanlon’s Razor in a Latticework of Knowledge

Hanlon’s razor works best when combined and contrasted with other mental models in our latticework of knowledge. Here are some examples of the useful interactions: 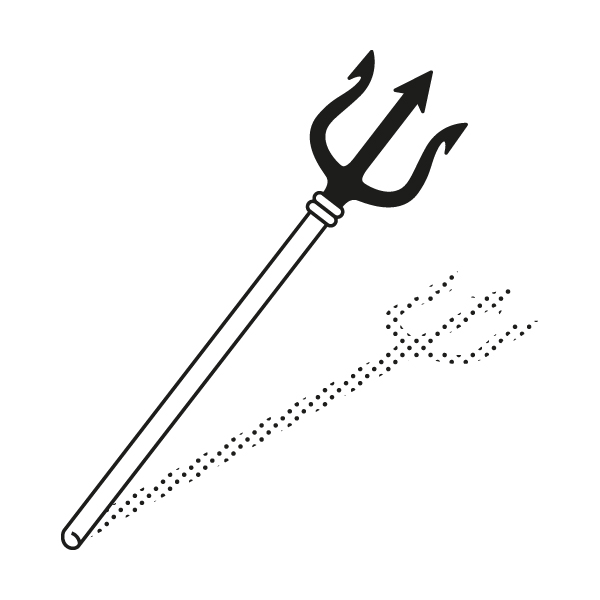 The Uses of Hanlon’s Razor

Modern media treats outrage as a profitable commodity. This often takes the form of articles which attribute malice to that which could be explained by incompetence or ignorance. We see examples of this play out in the media multiple times a day. People rush to take offense at anything which contradicts their worldview or which they imagine to do so. Media outlets are becoming increasingly skilled at generating assumptions of malicious intent. When looking at newspapers, websites, and social media, it can be beneficial to apply Hanlon’s razor to what we see.

For example, when Apple’s Siri voice search launched, people noticed that it could not search for abortion clinics. This was immediately taken up as proof of misogyny within the company when in fact, a programming error caused the problem.

A similar issue has occurred a number of times with YouTube content policies. When videos discussing LGBTQ matters were filtered on the restrictive viewing mode, many people took extreme offense at this. The reality is that again, this was an algorithm error and not a case of homophobia on the part of their programmers. Countless videos which do not discuss anything related to LGBTQ issues have also been filtered. This shows it to be a case of confirmation bias, wherein people see the malice they expect to see.

One of the most valuable uses of Hanlon’s razor is in relationships and communication. It is common for people to damage relationships by believing other people are intentionally trying to cause problems for them, or behaving in a way intended to be annoying. In most cases, these situations are the result of inability or accidental mistakes.

Douglas Hubbard expanded upon the idea in Failure of Risk Management: Why it’s Broken and How to Fix it:

I would add a clumsier but more accurate corollary to this: ‘Never attribute to malice or stupidity that which can be explained by moderately rational individuals following incentives in a complex system of interactions.’ People behaving with no central coordination and acting in their own best interest can still create results that appear to some to be clear proof of conspiracy or a plague of ignorance.

A further example can be seen when semantic barriers interfere with communication. We have all encountered people struggling to speak our native language, perhaps because they are a tourist or have recently moved to the county. You have probably seen someone gets frustrated at them or even been the one getting annoyed. Or if you have ever traveled to or lived in a country where you are not fluent in the language, you might have been the one people got annoyed at. Realistically, the person asking you for directions or struggling to order their coffee is not mixing up their nouns and speaking in a strong accent on purpose.

Hanlon’s razor tells us they are merely inarticulate and are not trying to waste anyone’s time. The same issues occur when a person uses language which is considered too complex or too basic. This may form a semantic barrier, as other people assume they are trying to confuse them or are being blunt.

A short-cut to regulating what can be strong reactions to inadvertent events is to conscientiously reframe the perpetrator as a toddler knocking over a vase. Their actions are rendered unintentional and clumsy, highlighting their need for help, maturation or supervision, allowing you to rapidly regain composure and not take it personally.

Like any mental model, Hanlon’s razor has its limitations and its validity has been contested. Some critics consider Hanlon’s razor to be an overly naive idea which can blind people to true malice. While people have malicious intent far less often than we think, it is still something which must be taken into account. Sometimes actions which could be attributed to incompetence are in fact consciously or unconsciously malicious.

An instance of Hanlon’s razor being proven wrong is the mafia. Prior to the 1960s, the existence of the mafia was considered to be a conspiracy theory. Only when a member contacted law enforcement, did police realize that the malice being perpetrated was carefully orchestrated.

To make the best use of Hanlon’s razor, we must be sure to put it in context, taking into account logic, experience, and empirical evidence. Make it a part of your latticework of mental models, but do not be blind to behavior which is intended to be harmful.

Directing a film involves getting an enormous group of people to work together on turning the image inside your head into a reality. In this 1970 interview, director Jean Renoir dispenses time-tested wisdom for leaders everywhere on humility, accountability, goal-setting, and more. *** Many of us end up in leadership roles at some point in […]