Is Sugar Slowly Killing Us? My Conversation with Gary Taubes [The Knowledge Project Ep. #25]

In this interview, award-winning science writer Gary Taubes (@garytaubes) takes on Big Sugar, breaks down the sharp rise of obesity and diabetes in America, and busts the common myth that a calorie is just a calorie. 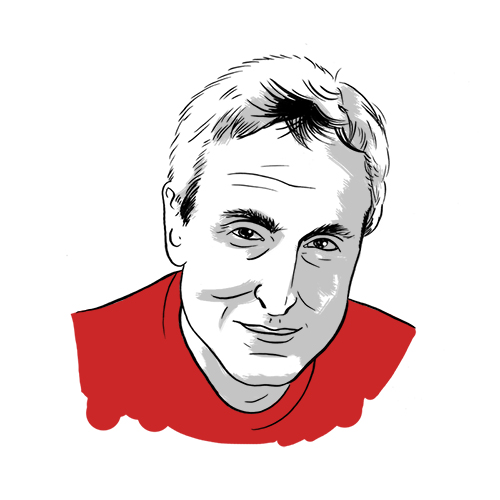 It seems that nowadays, aside from religion and politics, one of the most hotly debated topics is that of nutrition.

Should we eat high-carb diets? Low-carb? High-fat? High-protein? What about wheat or gluten? Should we eat meat or adopt a vegan diet?

There are as many opinions as there are people — and books, magazines, and websites are overflowing with information showing you the “right” way to eat and exercise to lose weight.

But if “eating less and moving more” is all it takes to lose weight and enjoy a healthy lifestyle, why are so many of us fat and getting fatter?

We talk about the sharp rise of obesity and diabetes in America, discuss the structural hurdles to effective nutrition research, and explore the common myth that a calorie is just a calorie.

Here are a few other things you’ll learn in this interview:

And a bunch more.

If you think at all about your health, give this podcast a listen. And please add to the conversation by sharing your thoughts on Twitter or Facebook.

A transcript is available to members of our learning community or for purchase separately ($7).

What if eating right wasn’t actually all that complicated?

What if you read enough to see patterns develop, to realize that when you stripped away all the confusing bits that maybe the skeleton underneath was actually pretty simple?

This is what happened to author Michael Pollan a few years ago when he started doing research to try and figure out what he should be eating.

Most of the time when I embark on such an investigation, it quickly becomes clear that matters are much more complicated and ambiguous — several shades grayer — than I thought going in. Not this time. The deeper I delved into the confused and confusing thicket of nutritional science, sorting through the long-running fats versus carb wars, the fiber skirmishes and the raging dietary supplement debates, the simpler the picture gradually became. I learned that in fact science knows a lot less about nutrition than you would expect – that in fact nutrition science is, to put it charitably, a very young science. It’s still trying to figure out exactly what happens in your body when you sip a soda, or what is going on deep in the soul of a carrot to make it so good for you, or why in the world you have so many neurons – brain cells! – in your stomach, of all places. It’s a fascinating subject, and someday the field may produce definitive answers to the nutritional questions that concern us, but — as nutritionists themselves will tell you — they’re not there yet. Not even close. Nutrition science, which after all only got started less than two hundred years ago, is today approximately where surgery was in the year 1650 – very promising, and very interesting to watch, but are you ready to let them operate on you? I think I’ll wait awhile.

The diet industry brings in billions and billions of dollars every year and some of the latest internet celebrities are food and fitness models/gurus. Is it any surprise? Our survival and well-being depends very largely on our health and (arguably) ours looks. The diet industry taps directly into one of our basic survival instincts. Food is cultural.

There is good money to be had if you can find the magical thing that will help people lose weight and feel better. Unfortunately, there is also good money to be had in treating people for illnesses that occur from poor diet and lack of exercise. In short, complexity is good for business. (This is a misaligned incentive problem of the highest order.)

… consider first the complexity that now attends this most basic of creaturely activities. Most of us have come to rely on experts of one kind or another to tell us how to eat — doctors and diet books, media accounts of the latest findings in nutritional science, government advisories and food pyramids, the proliferating health claims on food packages. We may not always heed these experts’ advice, but their voices are in our heads every time we order from a menu or wheel down the aisle in the supermarket. Also in our heads today resides an astonishing amount of biochemistry. How odd is it that everybody now has at least a passing acquaintance with words like “antioxidant,” “saturated fat,” “omega-3 fatty acids,” “carbohydrates,” “polyphenols,” “folic acid,” “gluten,” and “probiotics”? It’s gotten to the point where we don’t see foods anymore but instead look right through them to the nutrients (good and bad) they contain, and of course to the calories — all these invisible qualities in our food that properly understood, supposedly hold the secret to eating well.

But for all the scientific and pseudoscientific food baggage we’ve taken on in recent years we still don’t know what we should be eating. Should we worry more about the fats or the carbohydrates? Then what about the “good” fats? Or the “bad” carbohydrates, like high-fructose corn syrup? How much should we be worrying about gluten? What’s the deal with artificial sweeteners? Is it really true that this breakfast cereal will improve my son’s focus at school or that other cereal will protect me from a heart attack? And when did eating a bowl of breakfast cereal become a therapeutic procedure, anyway?

For Pollan, the picture actually got clearer the further he traveled down the rabbit hole.

While his research uncovered the fact the we don’t know a whole lot about nutrition — there’s a lot of pseudoscience here — one obvious fact seems to recur: populations that eat a Western diet are generally less healthy than those who eat more traditional diets.

What does Pollan mean by “more traditional diet”?

These diets run the gamut from ones very high in fat (the Inuit in Greenland subsist largely on seal blubber) to ones high in carbohydrate (Central American Indians subsist largely on maize and beans) to ones very high in protein (Masai tribesmen in Africa subsist chiefly on cattle blood, meat, and milk), to cite three rather extreme examples. But much the same holds true for more mixed traditional diets. What this suggests is that there is no single ideal human diet but that the human omnivore is exquisitely adapted to a wide range of different foods and a variety of different diets. Except, that is, for one: the relatively new (in evolutionary terms) Western diet that most of us now are eating.

Research has shown that moving away from the Western diet can reduce your chances of developing the chronic illnesses it causes. Pollan believes this shift is most easily done by coming up with a set of simple rules to govern how we eat and interact with food. (This idea reminded us a lot of Donald Sull’s work in Simple Rules. More specifically his decision rules which help us to set boundaries, prioritize, and know when to stop an action.)

No one is quite sure which parts of the Western diet are the most destructive. There are a lot of confounding variables here — one type of food or macronutrient is tough to isolate. Gary Taubes thinks it’s the easily digestible carbohydrates. Others disagree. And since we’re not quite sure, Pollan thinks we should stick with a set of heuristics to get as close as we can.

Pollan curated these rules into a book called Food Rules: An Eater’s Manual. Let’s take a closer look at some of our favorites.

Agriculture has come a long way since your great grandmother was born. Many chemicals have been created to both enhance the flavor of food and to help with its shelf life. While all these additives aren’t necessarily bad for you it’s still smart to avoid them most of the time. So if you think great grandma wouldn’t be able to pronounce or understand most of the words on that box of frozen lasagna you’re holding it’s best to pass it up. Speaking of that frozen entree …

Eat Only Foods That Have Been Cooked by Humans.

Pollan means buying raw ingredients and making the food yourself, rather than buying food pre-cooked and pre-packaged. Corporations use too much junk in cooking your food. This is the biggest predictor of a healthy diet.

Eat All the Junk Food You Want as Long as You Cook It Yourself.

This is an interesting rule because generally we are trying to either remove or go around obstacles and in this instance we are very purposefully adding one. If you have a sweet tooth there is nothing wrong with eating cake on occasion. The key here is to eat those unhealthful foods only occasionally. Taking the time to make the food means that you have to be incredibly motivated to have that cake. (And you’re probably not going to whip up a bag of Oreos or potato chips.)

If You’re Not Hungry Enough to Eat an Apple, Then You’re Probably Not Hungry

This is another obstacle style rule, but it also offers you the opportunity to get better in tune with your hunger. Are you grabbing that candy bar from the vending machine at two o’clock in the afternoon because you are hungry or because you do that same thing at two o’clock every day? There are many reasons why we eat and hunger is only one of them.

This probably sounds a bit crazy to the average North American. In our society we eat because we are hungry and we stop because we are full. This is our tradition, but in many other cultures the goal of eating is to simply stop the hunger, which is actually quite different. Try this experiment for yourself. Try to wait until you are hungry for your next meal. You want to be able to feel it. Then as you are eating try to be mindful of the moment you stop feeling hungry. You’ll notice that this moment comes quite a few bites before that full feeling comes.

Food Rules feels like a succinct tool to help you navigate the confusing nutritional landscape. It’s a quick read that is packed with a lot of information. Imitate Bruce Lee and Absorb what is useful, discard what is useless and add what is specifically your own.

Still Interested? The Omnivore’s Dilemma: A Natural History of Four Meals is one of the best food books we’ve ever read.

Atul Gawande: Error in Medicine: What Have We Learned?

Over the past decade, it has become increasingly apparent that error in medicine is neither rare nor intractable. Traditionally, medicine has down- played error as a negligible factor in complications from medical intervention. But, as data on the magnitude of error aceumulate—and as the public learns more about them—medical leaders are taking the issue seriously. In particular, the recent publication of the Institute of Medicine report has resulted in an enormous increase in attention from the public, the government, and medical leadership.

Several books have been defining markers in this journey and highlight the issues that have emerged. Of particular note is Human Error in Medicine, edited by Marilyn Sue Bogner (2), published in 1994 (unfortunately, currently out of print) and written for those interested in error in medicine. Many of the thought leaders in the medical error field contributed chapters, and the contributions regarding human factors are especially strong. The book is a concise and clear introduction to the new paradigm of systems thinking in medical error.