Greg Walton, Associate Professor of Psychology at Stanford University shares the four types of interventions, how they’re used to create positive behavior change, and strategies we can use right now to improve our health, well-being, and relationships. 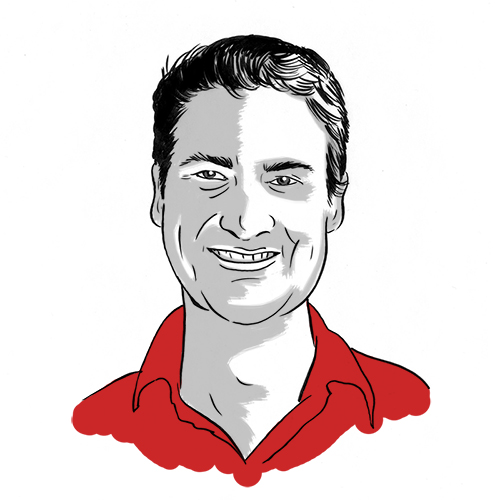 For many people, when they hear the word “intervention,” their mind conjures up a scene of a room full of people, nervously waiting to confront an unsuspecting loved one about an addiction, self harm, or some other destructive behavior.

For Greg Walton, however, interventions aren’t nearly as intense or theatrical. Greg is an Associate Professor of Psychology at Stanford University and has been researching what he calls “wise interventions” for years. These are small daily interactions that have the capacity to reshape how people make sense of themselves, the world around them, and society at large.

In this discussion we explore how we can use wise interventions in our personal and professional life to create stronger relationships, communicate more clearly and persuasively, and remove obstacles that are keeping us from making meaningful progress.

I think often what psychological interventions do is they try to help people into more adaptive ways to look at themselves or look at other people, or look at an object of judgment in the world.

Stereotype threat happens most when people are doing things that are really pushing the edges of their abilities. It’s actually the effort to suppress the thoughts about the stereotype that takes up cognitive resources and makes it harder for people to actually devote resources to performing well on a task.

This is how I think about belonging. It’s a relationship between me and a place. It confirms a fear that you might have that maybe people like you don’t belong in that environment. That confirmation in your mind then changes how you act in that setting. You start to think that you don’t belong. You’re less likely to do things in that environment that engage with it and would help support your belonging.

If you as a parent have the belief, even implicitly, that mistakes are kind of bad, then that is your reaction to your child’s mistakes. Even if you believe in a growth mindset, it can be interpreted by the child as evidence that you believe that a fixed mindset might be true and that the kid then takes his reasons to have a fixed mindset.

When the kids are bicycling and they say that they’re tired, we always say to them, it’s when you’re tired that your muscles are getting stronger. The idea is to reframe for them what it means to be tired. It’s not necessarily a reason to stop, but this is your opportunity to have that growth experience. It’s when things are difficult that you are learning.

Close relationships are nothing more essentially than my perception of you, my beliefs about you and how I behave towards you. Then your perception of and beliefs about that. You give that back to me, and we’re just in this cycle going forward. We can get caught in bad cycles that produce things like declines in marital quality, or that produce exacerbating conflicts between teachers and students in misbehavior scenarios. One of the things that interventions do is they can help people get out of those cycles and produce better outcomes for both parties.