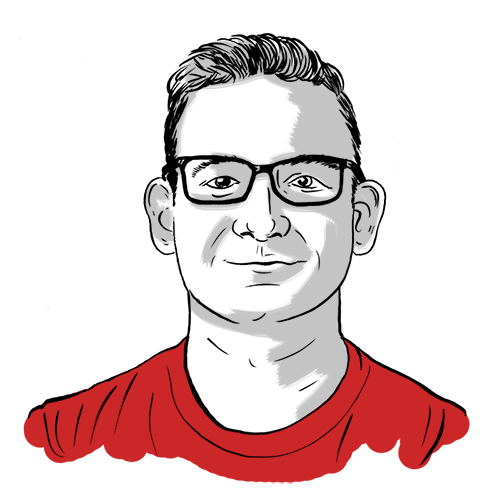 Today I welcome Gabriel Weinberg (@yegg) to The Knowledge Project.

Since 2008, Gabriel has devoted his time and energy to protecting consumer privacy from the rampant data farming that is so prevalent online today. As a more secure alternative to Google, he started DuckDuckGo, a search engine without tracking that lets you decide how much of your data is shared.

Gabriel also became a voracious student of mental models through his discovery of Charlie Munger (just like me.) He recently wrote a book called Super Thinking: The Big Book of Mental Models, an illustrated guide to the models that can have the biggest impact on our thinking.

In this discussion, Gabriel explains why companies that track and sell your data have gone too far, why protecting consumer privacy is so important and what you can do to minimize your digital footprint. We also geek out on mental models and how Gabriel uses them company wide to empower his employees to slow down, choose the right mental tool, and make better decisions.

I think the danger that I see coming, and the correlation causation piece is hard here, but polarization has just increased, at least in the US, and it’s relatively correlated with all of this social media and tracking. So the thought is, at least they’re interrelated in the sense that people are just in their own bubbles and they’re not really seeing these opposing viewpoints.

I don’t know what exactly threads them. It’s not education, it’s not income, it’s not age, it’s not political affiliation. None of the main factors that we get on the general survey stuff spiked. But we consistently see this growing percentage of people trying to take at least actual action [to reduce their digital footprint.]

I think if you start invading privacy in that way, it leads to all sorts of bad effects. Chilling effect is a big one, which is people change their behavior once they feel that they’re being watched or they don’t have privacy. There’s all sorts of good examples of this. One, is people stopped searching terrorism-related terms, because presumably, they feel that they might have been investigated if they searched, so the terms like “al-Qaeda” and stuff like that went down. Wikipedia also saw lower amounts of their articles being looked at.

We’ve been trying to give people choice. So when we have map results, for example, people can choose what provider they want to do their directions when they go off of DuckDuckGo onto a directions provider. So that’s the model I think would be good, is giving people more choice. But even that has its own problem, because there are hundreds of providers and you can’t give…you run into the paradox of choice model, or Hick’s law.

If you knew all these [mental models] and internalized them and could pattern match relatively effectively, like, “This situation applies to these three mental models,” then you can skip lower levels of thinking and have this whole higher-level conversation really quickly. Whereas if you don’t know these mental models, you’re starting from scratch every time and you kind of don’t know the design patterns of strategic thinking.

I think what you need often is somebody else to call you on the stuff— And then you need to be open to thinking gray about it and changing your mind. That’s the culture we’ve tried to create. So I do think it’s actually pretty hard to do on your own, to your point. I think it’s better if you have somebody to talk to.

With parenting we’ve been trying really explain things to our kids in an adult way. I mentioned we were listening to this debate podcast with them, and it’s an adult show. It’s nothing to do with kids, you know? And really complicated topics. We just play it and pause it and ask the kids what they know and what they think about it, you know? I like the debates in particular, because you get really intelligent people talking on both sides, like, “What do you like about their argument versus their argument?”