Former NHL player turned mining executive Brent Gilchrist joins me to share the lessons he learned in the trenches of professional hockey. We discuss leadership, hard work, and what it takes to win as a team. 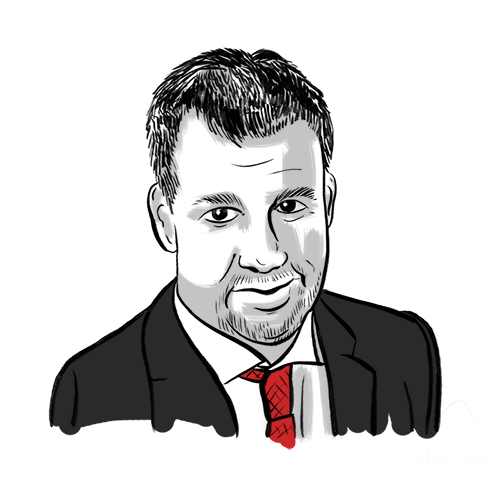 I’m excited to welcome Brent Gilchrist to the show. Brent is a former professional hockey player who enjoyed 15 seasons in the NHL. He played nearly 800 games with 5 teams: the Montreal Canadiens, the Edmonton Oilers, the Dallas Stars, the Detroit Red Wings, and the Nashville Predators. He won a Stanley Cup with the Red Wings in 1998.

Following his hockey career, Brent started an investment firm, which he eventually left to join a friend in a mining venture. JDS Energy and Mining helps get mining projects off the ground and specializes in developing national resources all over the globe.

As a fan of hockey and business, there were so many directions I wanted to take this conversation. Brent shares a glimpse of what it was like to play in the NHL for such a long time (the average NHL career is just over 5 years), the lifelong lessons he learned from great coaches and teammates, and how he transitioned from hockey to becoming an executive in the mining industry.

Here are a few highlights from our fascinating discussion:

When people believe a leader, they follow. In hockey, the captain has to be believable. He has to lead by example. He has to do the things…the sacrifice that every player’s expected, but even to a higher degree. But also, they have to be great teammates. And I think we missed that, that being on an NHL hockey team, you’re the leader, but the reason you’re the leader is you might be the best teammate. You might be such a great team player and care about not just the wins and losses, the goals and assists, but the other players on the team.

Probably what one doesn’t think about as much is just the stress and the emotional toll. It’s very, very competitive. The league’s competitive, but also your team is very competitive. So you’re fighting for your job every day, maybe not the superstars or maybe not in the prime of your career, but when you’re younger and older, you’re trying to keep your job, and that is a daily exercise that you have to work very hard at. And you’re always trying to play your best.

I think the best players in the game, the best players in the world, and historically the Hall of Famers — I don’t think their skills are that much better than everybody else. They are better in circumstances, sure they may be faster, better shots or better puck handlers, but I think it’s their ability to achieve the highest level of their abilities consistently, and that’s the hardest thing to do.

[My size] wasn’t something I was worried about, but when I hear somebody say he’s too small to play, he’s not. Nobody is. Everybody has skills, and then they have things that are gonna hold them back. Now there’s not just perfect players out there typically, maybe there’s a few. But you’re too slow, you’re not tough enough, everybody’s fighting against their weaknesses.

I was very conscious that I didn’t wanna hate my last season. I wasn’t physically that healthy, and so it was a grind. It was grueling, even only playing 41 games. I didn’t want to hate what I was doing. I was trying to be conscious of where I was, how great a life I’d led in the National League, and that I was still playing NHL, so I did not want to regret one minute of it, and so I was conscious to be careful of that.

So the economic study of a mine’s incredible because the minute somebody moves it costs money. The minute you don’t hit your extracted ton rate, it costs money. So you’re always trying to say, “Okay, the tons are X, and the amount of metal that’s in those tons is Y,” and when you’re extracting it, you have costs on everything you do. Drilling, blasting, everybody who’s moving, hauling, and then processing. And every time something doesn’t quite go right, those costs just rise.

A lot of times, we feel like we know more about the asset than the seller, or we know more about how the asset should be developed. That’s what we think we’re really good at. What other decisions? Many. So we have what we would call investment criteria, and it’s become for my team, they know it, it’s second nature. We know what we have to look at the first five or six things, and then sort of thumbs up, this looks good.

You have to take some risks on that decision making, and there’s no question that the business carries risks, but through our analysis, we feel like we can’t control the risk, but we hope to understand it. There’s no place in any business that you can understand all the risk because some risk is invisible. Otherwise, it wouldn’t be a risk, you’d know about it.